#ThankyouMSD Trends on Twitter After India’s Exit From CWC 2019; Fans Acknowledge MS Dhoni for His Contribution to Indian Cricket 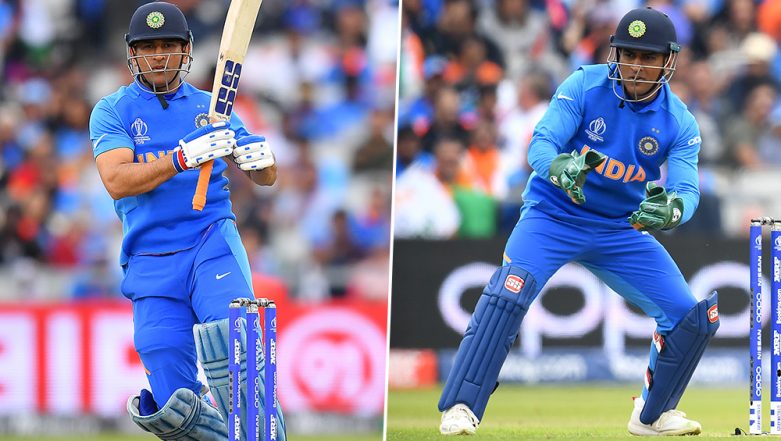 MSD and Jadeja, both managed a 116 runs partnership for the seventh wicket, and the match went too close till the end but eventually landed in Kiwi’s favour. The World Cup farewell for Dhoni could not occur as expected, but fans were pleased with Dhoni’s contribution to Indian cricket and also his batting in IND vs NZL CWC 2019 Semi-Final match. #ThankYouMSD became the top trending searches on Twitter after the match, with fans of 38-year-old cricketer showing gratitude for him. Have a look at some of the tweets. MS Dhoni Has Not Told Us Anything About Retirement, Says Virat Kohli.

@msdhoni ,ur time is not over yet! U r pretty fit and can play many more days! U gave us everything man! Thnx a lot! #ThankYouMSD #India

Really Proud #TeamIndia you have given us the best moments in this is #CWC19. Well played guys. This was not our day. @msdhoni. You will be my Cricket Hero always. #ThankYouMSD @imjadeja you deserves all the respect, for me you are the man of match. Proud of our Team 🇮🇳

Played extremely well all players, defeat is part of journey

You are the greatest captain india ever had so please dont put pressure on your mind DHONI,

#ThankYouMSD what a legend.there was no , there is no and there will be no one like u .Thank you msd

India had a tough day in CWC 2019 match against New Zealand after a top-order collapse saw Rohit Sharma, Virat Kohli and KL Rahul departing at the score of 1 each. The Virat Kohli-led side, who were chasing 240-run target, fell short of 18 runs in the end in spite of MS Dhoni and Ravindra Jadeja hitting a half-century. The men in blue were out of World Cup 2019 after the loss while Kane Williamson-led side fixed their spot in the final.