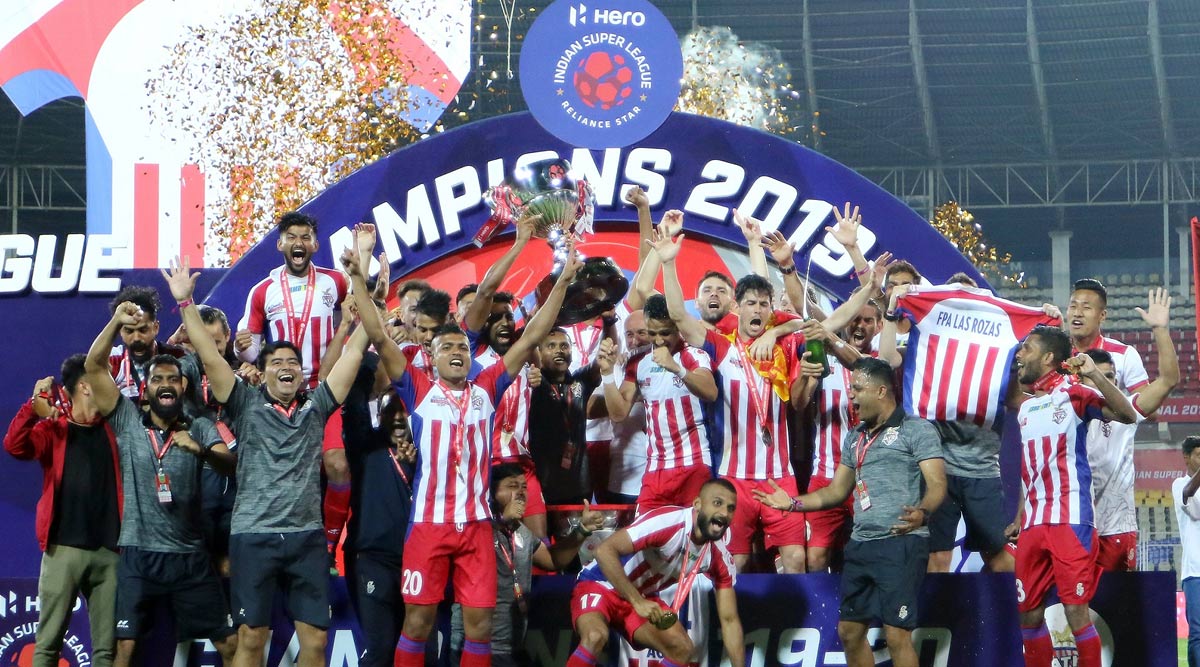 ATK rode on a double goal from Javi Hernandez to beat Chennaiyin FC 3-1 in the Indian Super League (ISL) 2019-20 final and win their third ISL trophy in six seasons. Hernandez opened the scoring in the 10th minute before sealing his side’s win with a third in the third minute of injury-time. Nerijus Valskis pulled one back and Chennaiyin threatened to take the game into extra-time after Edu Garcia had doubled the lead just three minutes into the second half. But Hernandez popped at the right place to get at the end of a Pronay Halder through ball beat goalkeeper Vishal Kaith and fired into an open net to take the game away from Chennaiyin and seal his side’s win. ISL 2019–20: Javi Hernandez Double Helps ATK Beat Chennaiyin FC 3–1 and Lift Third Indian Super League Title.

The win made ATK the most successful team in the championship adding to their title wins in 2014 and 2016, the first of which was won under Antonio Habas who also became the first manager to win two ISL titles. Habas’ night, however, started with a scratchy head and looked long when Valskis nearly put Chennaiyin ahead in the 4th minute. His ferocious shot after a receiving a pass from Andre Schembri hit the crossbar and rebounded back into play and five minutes after Valskis had threatened to score twice inside two minutes.

Done and dusted. Congratulations ATK 💪 Commiserations Chennaiyin. Champions on either side of this field tonight but the better side came out on top!

comfortable win against #ChennaiyinFC in the final

Heartiest Congrats to @ATKFC for winning their third @IndSuperLeague in some style!!

Hard luck to the @ChennaiyinFC!!

A unique double for Kolkata at the national level in football. #ISL #ATKCFC

Congratulations ATK you guys deserved it. Great football throughout the tournament 🔥

From where we were,at the bottom after just one win in 7 games, the turnaround we had, the crucial away wins at Kolkata and Mumbai to make us qualify, and seeing off table toppers Goa in the semis, to this.

.@ChennaiyinFC would have marked more possession, had more shots (on target too), more pass accuracy and corners for the stats. Still, @ATKFC hit the net thrice against one to lift the @IndSuperLeague cup for the third time now. #ATKCFC

U were fantastic throughout the season!!!!!!!!Always there for the team when they needed d most,tonight's performance was epic♥️♥️Happy to see U live playing soo brilliant in d semi-final!!See U in next season🙂🙂 #AamarBukeyATK #ATKCFC #Champion #HeroISL

Hernandez’s goal brought ATK back into life and they almost added a second through Roy Krishna But Vishal Kaith kept him out after the Fijian send two Chennaiyin defenders into ground with a swift Cruyff turn. ATK went into the break with a 1-0 lead and Edu Garcia doubled the lead from a tight corner after getting to the end of David Wiliams’ through ball and although Valskis pulled a goal back and Chennaiyin threatened to take it into extra-time, Hernandez put all into an empty net.