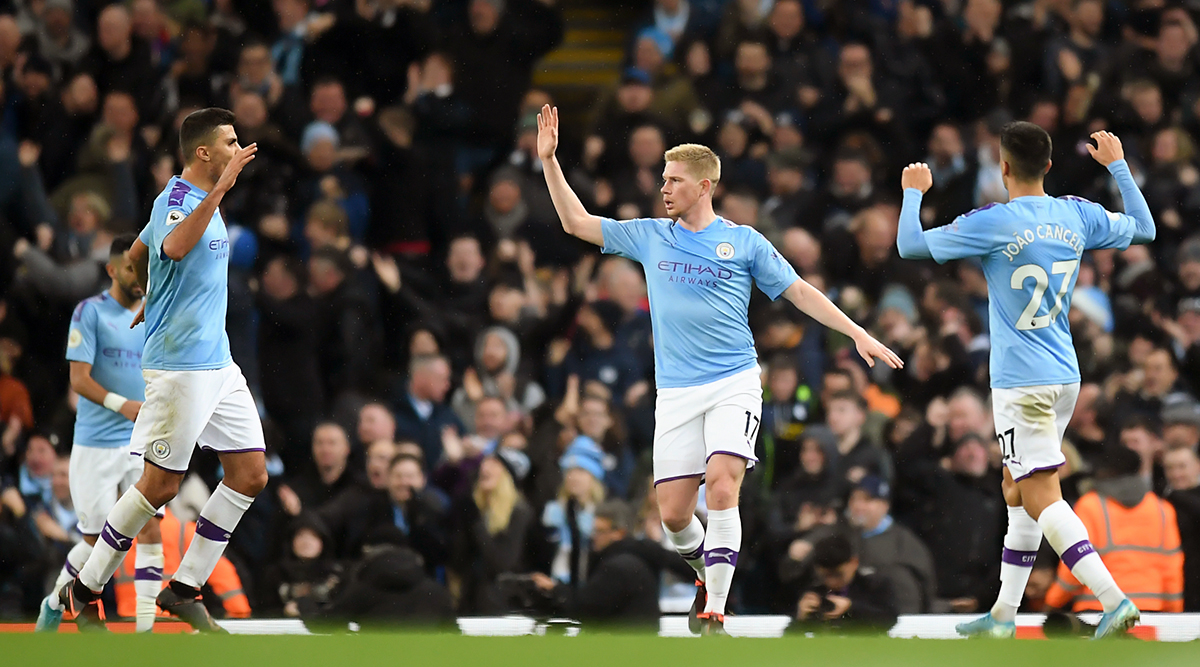 Manchester City are in a rich vein of form at the moment and will be looking for their sixth win in all competition when they take on Crystal Palace at home. With 47 points from 22 games, the defending champions are 14 points off league leaders Liverpool at second in the points table. Pep Guardiola will admit his team have been brilliant this season but it just the dream run of Liverpool that has allowed them to move clear of the chasing pack. All Manchester City are now left with is hope and pray that the Reds drop points while they win their games. 9th placed Crystal Palace is unpredictable when it comes to playing big team and City will have to remain focussed. Manchester City Vs Crystal Palace - Live Football Score.

Riyad Mahrez has been in sensational form for Manchester City over the past month or so and he will likely keep Bernardo Silva on the bench. Raheem Sterling should return to the playing eleven after given a day off against Aston Villa. Sergio Aguero grabbed a hat-trick in the previous game and the Argentine striker could add a few more to his tally with Crystal Palace not posing the best of defences.

Crystal Palace are missing a number of first-team players in Andros Townsend, Jeffrey Schlupp, Joel Ward, Christian Benteke, Patrick van Aanholt, Mamadou Sakho and Max Meyer all out due to injuries. Luka Milivojevic is suspended for the contest dealing another blow to Roy Hodgson who has his task cut out at Etihad Stadium. Wilfred Zaha and Jordan Ayew are vital cogs in the wheel for the Eagles with their hopes resting on counter-attacking football.

Manchester City vs Crystal Palace Premier League 2019-20 clash will be played on January 18, 2020 (Saturday) at the Etihad Stadium. MCI vs CRY clash is scheduled to start at 08:30 pm IST (Indian Standard Time).

The Premier League 2019-20 clash between Manchester City and Crystal Palace will be streamed live on Hotstar as it is the official streaming partner of Premier League 2019-20. Meanwhile, football fans can follow LatestLY for MCI vs CRY match updates. Crystal Place have been hit hard by injuries, and it is unlikely they will put up any resistance against a star-studded line-up of Manchester City.