OLY vs ARS Dream11 Prediction in UEFA Europa League 2019–20: Tips to Pick Best Team for Olympiacos vs Arsenal Round of 32 Football Match 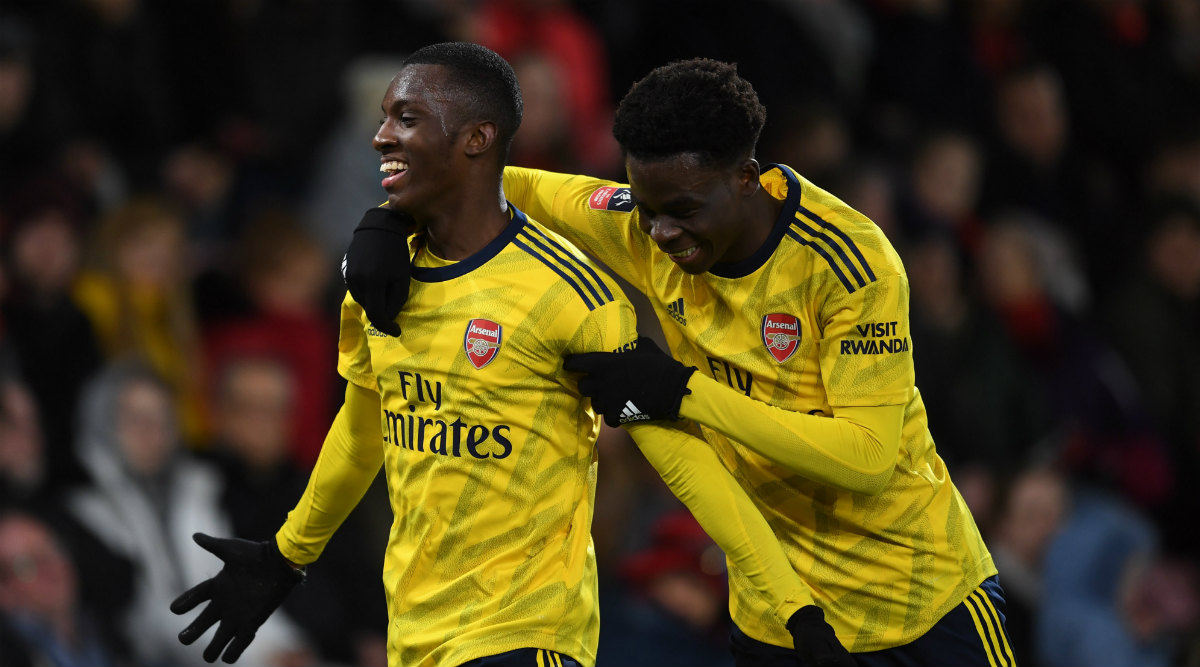 Arsenal’s run of four consecutive draws in Premier League finally drew to an end in the 4-0 thrashing of Newcastle United and coach Mikel Arteta will hope his side can extend that form to more games in the coming days. The 4-0 win was Arsenal’s first league win since the 2-0 victory against Manchester United on the second day of 2020. They face a high-flying Olympiacos in the Europa League 2019-20 round of 32 match. Greek club Olympiacos find themselves in the Europa League after finishing third in Champions League Group B with only one win from six games. Meanwhile, fans of Dream11 fantasy games can find all tips and team suggestions to build a strong Dream 11 team for OLY vs ARS 2019-20 EUL round of 32 match.

But their European disappointment aside, Olympiacos have been flying high. The record-time Greece Super League winners are once again on top of the league points table and haven’t lost any league match this season. Olympiacos are yet to win anything noteworthy in Europe and are still chasing their maiden European title. Arsenal, on the other, will be happy thinking they peaked at the right time. The Gunners’ front-trio of Pierre-Emerick Aubameyang, Alexandre Lacazette and Nicolas Pepe all found the net in the 4-0 drabbing of Newcastle on the weekend and will be eager to keep the scoring form intact.

The visitors will, however, be without Mesut Ozil, who scored one of the four goals on Sunday. Ozil has temporarily left the squad due to personal reasons and will not feature in the Olympiacos clash. Young midfielder Matteo Guendouzi has made his return into the team after missing the Newcastle game while his midfield partner Lucas Torreira was left out due to illness. Arsenal are also missing Cedric Soares, Calum Chambers and Kieran Tierney to long-term injuries but January incoming Pablo Mari is available.

Olympiacos vs Arsenal, UEL 2019-20, Dream11 Team Prediction: Goalkeeper – Olympiacos goalkeeper Jose Sa (OLY) has been in terrific form in the league and has conceded only nine times in 24 league matches.

Olympiacos vs Arsenal, UEL 2019-20, Dream11 Team Prediction: Midfielders – Nicolas Pepe (ARS) scored in the weekend and should be picked. Young midfielder Joe Willock (ARS) has also been a regular for the Gunners in the Europa League. Mathieu Valbuena (OLY) and Hilal Soudani (OLY) can be picked as the other midfielders.

Bukayo Saka (ARS) has been in fine form for Arsenal in the Europa League and is fourth in the assists chart with four assists already to his name. He should be appointed the captain, while Arsenal forward Gabriel Martinelli (ARS) should be made the vice-captain. This will be the ninth meeting between Arsenal and Olympiacos in Europa and both sides are equal with four wins each in the last eight encounters.