Cryptocurrency: After Venezuela, Cambodia Gets On To The Bandwagon 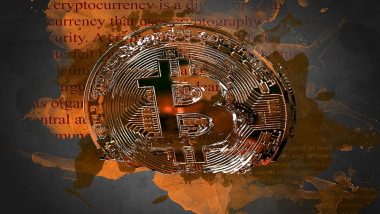 A press release for Cambodia’s forthcoming ASEAN 2018 BlockChain Summit, which will take place in the capital Phnom Penh on March 7, announced the introduction of a new payment medium called Entapay. In short, Cambodia would be launching its own cryptocurrency named Entapay.

According to organizers, "Entapay will become a link between the integration payment of the encrypted currency and the real world. Once launched Entapay had the potential to “replace” payment giants such as VISA.”

The ASEAN Blockchain Summit, themed “Tomorrowland Built on the Blockchain”, will help to promote Blockchain-based financial technology in Southeast Asia and abroad, in part by building the first institute for Blockchain technologies in ASEAN, according to the press release.

This Blockchain Summit is not the first time that Cambodia has ventured into Blockchain. Last summer, the National Bank of Cambodia partnered with a Japanese Blockchain identity company to test distributed ledger technology for payment services.

But the press release points to another country as an example of its decision to get on to the cryptocurrency bandwagon “The Venezuelan government began the pre-sales of a kind of digital currency called Petro. It aims to assist the country in avoiding the Western world’s economic sanctions – while providing a new channel of economic development,” the release stated.

A Cambodian cryptocurrency may be an attractive option for Hun Sen, the Cambodian prime minister, who faces the threat of international sanctions over his government’s crackdown on the political opposition, media and rights activists.

Venezuela has now joined Russia, Iran and North Korea in being accused of seeking to exploit the emerging popularity of cryptocurrencies which offer a new kind of financial infrastructure outside of the control of any central authority, particularly the U.S. Venezuelan government began the pre-sales of its digital currency called Petro in February. It aims to assist the country in avoiding the Western world's economic sanctions - while providing a new channel of economic development for a country suffering from severe inflation.

Outside that arena, last week also saw the tiny Pacific nation of the Marshall Islands approve its own cryptocurrency. Dubbed the Sovereign (SOV), it will circulate alongside the U.S. dollar upon creation and provide various social benefits to the population of around 53,000.

Cryptocurrency was invented as a Peer-to-Peer Electronic Cash System which uses encryption techniques to regulate the generation of units of currency and verify the transfer of funds, operating independently of a central bank. Bitcoin is the original cryptocurrency based on blockchain technology, dating from 2009. The four most popular cryptocurrency in circulation today are Bitcoin, Ethereum, Litecoin and Ripple.

(The above story first appeared on LatestLY on Mar 07, 2018 10:16 AM IST. For more news and updates on politics, world, sports, entertainment and lifestyle, log on to our website latestly.com).