Amazon online store suffered a global outage on Monday, including in India, as users tried to place orders but could not access the product detail page. 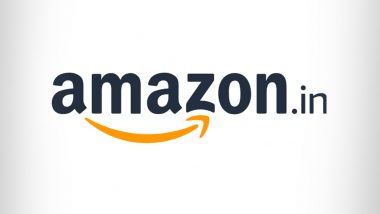 New Delhi, July 12: Amazon online store suffered a global outage on Monday, including in India, as users tried to place orders but could not access the product detail page.

According to website outage tracker Downdetector, the online store of ecommerce giant suffered an outage that began early Monday morning around 7 am.  Amazon Prime Day Sale To Begin in India on July 26, 2021 With Great Deals & New Product Launches

While 65 per cent users reported problems with opening website, 23 per cent had issues with log-in and 12 per cent with check-out.

Amazon said that the company was working to resolve the issue.

In May, Amazon suffered a brief outage in some parts of India, affecting its website and shopping experience for several users. The website was up and running after about two hours of partial outage.

Downdetector showed a massive spike in problems on Amazon.in, mentioning that the most problems faced by the Indians during the outage were logging into the website and checking out.

Last year in November, Amazon Web Services (AWS) which is the Cloud arm of the commerce giant suffered a huge outage in the US region affecting several websites and apps and the recovery took a couple of hours.

(The above story first appeared on LatestLY on Jul 12, 2021 11:31 AM IST. For more news and updates on politics, world, sports, entertainment and lifestyle, log on to our website latestly.com).