This technology has been in development at the Cleveland Clinic for over a decade. The US Department of Defense felt the program was compelling, and after appropriate review, they decided to fund the initial human testing. 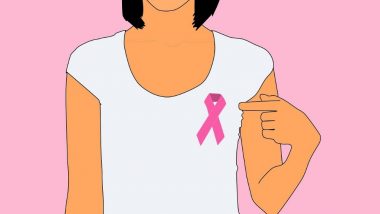 Breast cancer rates are increasing rapidly, with exponential global population growth. Current estimates show that over 2 million new cases are reported annually. To reduce this risk, companies worldwide are developing diagnostics and therapies for breast cancer.  A more innovative approach may be to develop a preventative vaccine that might prevent breast cancer from even arising in patients.

Anixa Biosciences (ANIX: NASDAQ), a Silicon Valley based biotechnology company and The Cleveland Clinic have recently got the FDA’s approval, to begin human testing of their breast cancer vaccine.  Animal studies have shown a powerful ability of this vaccine to prevent breast cancer, and now the two partners will test this vaccine in humans. This technology has been in development at the Cleveland Clinic for over a decade. The US Department of Defense felt the program was compelling, and after appropriate review, they decided to fund the initial human testing.

Immunologist Dr. Vincent Touhy and his research team at the Cleveland Clinic invented and developed the vaccine.  Anixa has a worldwide license to the technology and has partnered with the Cleveland Clinic to move the development forward.  The initial focus will be triple-negative breast cancer, affecting around 15-25% of breast cancer patients, but it is the most lethal type.

How Does The Vaccine Work?

A protein known as alpha-lactalbumin appears only in a woman’s breast and only when she is lactating after birthing a child.   After she stops breastfeeding, the protein disappears but appears again when cells in the breast become cancerous.  By targeting the alpha-lactalbumin protein with the vaccine, after a woman is past the age of childbirth, cancer cells will be destroyed as they arise because they produce the targeted protein.  Ideally, if the cancer cells are destroyed as they arise, there will be no opportunity for tumors to form. This hypothesis was proven in animal studies.  After reviewing the animal data and the plan for human trials, the FDA recently gave the clearance to begin proving this hypothesis in humans.

“Getting FDA clearance to initiate human trials of our vaccine is a major milestone for both the Cleveland Clinic and Anixa Biosciences. Most cancer vaccines have not been successful because they tend to target cancers that have already developed.  In our case, we are trying to prevent the cancer from arising in the first place.“ stated Dr. Amit Kumar, President, and CEO of Anixa Biosciences. “It is always better to prevent a disease than to wait for it to arise and then having to deal with it.”

Anixa is eager to see how this vaccination approach works to prevent breast cancer. If successful in humans this approach could be the most impactful discovery in cancer research.  Success in breast cancer would create the impetus to try this approach for multiple types of cancer.  Anixa and Cleveland Clinic are already collaborating on a similar vaccine for ovarian cancer.  If this approach is successful, one can imagine a day when multiple types of cancer can be prevented through vaccination programs in the same way society has eliminated or minimized the incidences of infectious diseases like smallpox, polio, measles, as well as recently Covid-19.  In addition to the public health impact that could be achieved, for Anixa shareholders, the financial rewards could be immense.