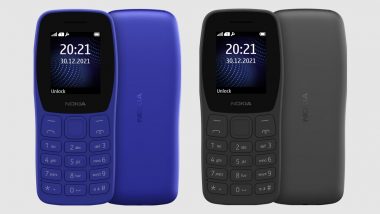 Nokia licensee HMD Global recently launched two new feature phones in India - Nokia 105 and Nokia 105 Plus. Both the phones come with a durable scratch-proof exterior. They also get wireless FM streaming support as well as long-lasting batteries. The Nokia 105 (2022) is very identical to its predecessor the Nokia 105 (2019) in terms of specifications while the all-new Nokia 105 Plus boasts features like expandable storage, auto call recording, an MP3 player, and more. 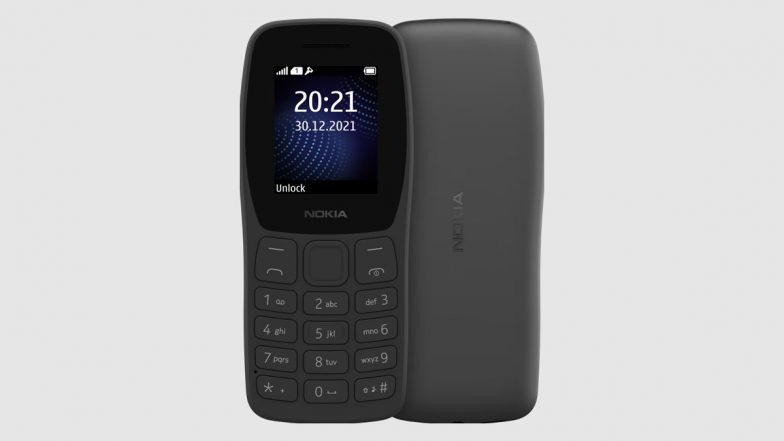 The superstar of all feature phones, the #Nokia105Plus is available for just ₹1,399. Get auto-call recording, great battery life, and MP3 music player on this feature phone. #NokiaDevices #GotYourBack #LaunchEvent pic.twitter.com/GhfViD6nEC

Coming to the specs, both the feature phones sport a 1.77-inch screen. Other highlights are S30+ OS, micro-USB port for charging, 3.5mm headphone, wireless FM streaming and more. The 2G phones are claimed to be fitted with a 'long-lasting' battery. The company claims that the battery can provide up to 12 hours of talk time and up to 18 days of standby time. It can be fully charged in 1.5 hours, claims Nokia.

The handsets also have an inbuilt memory that can store up to 2,000 contacts and up to 500 SMS messages. They feature a built-in torch and come pre-loaded with classic games like Snake.

(The above story first appeared on LatestLY on Apr 29, 2022 10:36 PM IST. For more news and updates on politics, world, sports, entertainment and lifestyle, log on to our website latestly.com).