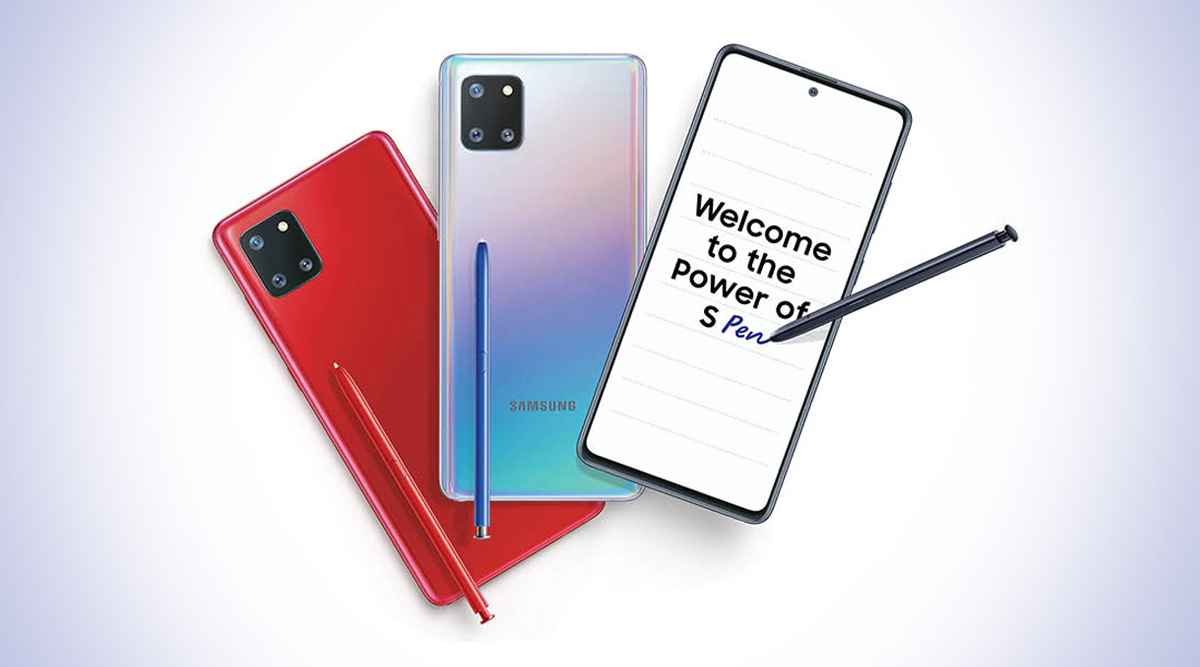 Samsung Mobile India is all set to launch the much-awaited Galaxy Note 10 Lite smartphone in the Indian market. After globally unveiling the devices, the South Korean electronics major will be introducing the device tomorrow in India. The company will be revealing the official price for the handsets. Though, there is no official word on the pricing, and there were many reports in the past hinting that the Galaxy Note 10 could be launched somewhere around Rs 35,990 whereas the top-end model might see a price tag above Rs 40,000. Once launched, the smartphone will be retailed online via Flipkart. Samsung Galaxy S20 Smartphone Reportedly To Feature 5X Optical Zoom.

Also, the Flipkart teaser regarding Galaxy Note 10 Lite suggesting that pre-bookings will commence January 23 onwards in India. Now, the phone maker has officially confirmed via a tweet that the smartphone will be launched two days ahead of pre-order commencement. Samsung Galaxy Z Flip Likely To Be Priced As Low As $860: Report.

The most iconic Galaxy experience, now made more accessible to you. #GalaxyNote10Lite - launching on 21st Jan 2020. Get notified: https://t.co/wxlLNCXedl pic.twitter.com/2dqjYgl1wo

As far as the specifications are concerned, the Galaxy Note 10 Lite brings impressive flagship-like specs inspite being a watered-down version of the Galaxy Note 10. The smartphone will flaunt a 6.7-inch Infinity-O display with FHD+ resolution with a pixel density of 394 PPI. Under the hood, there will be Samsung's in-house developed Exynos 8895 chipset that will be clubbed with up to 8GB of RAM and 128GB internal storage. The phone will be fuelled by a massive 4,500 mAh battery along with super-fast charging technology. Samsung Galaxy Z Flip Foldable Smartphone To Get 15W Charger; Global Launch Slated For February 11.

For photography, there will be a triple rear camera module at the back comprising of a 12MP f/2.2 ultra-wide lens, a 12MP f/1.7 aperture lens with dual-pixel technology supporting OIS, and a 12MP telephoto lens with OIS. Additionally, the phone will also sport a 32MP snapper for video calls and selfies. Apart from this, the affordable version of the Galaxy Note 10 will continue to retain the S-Pen.