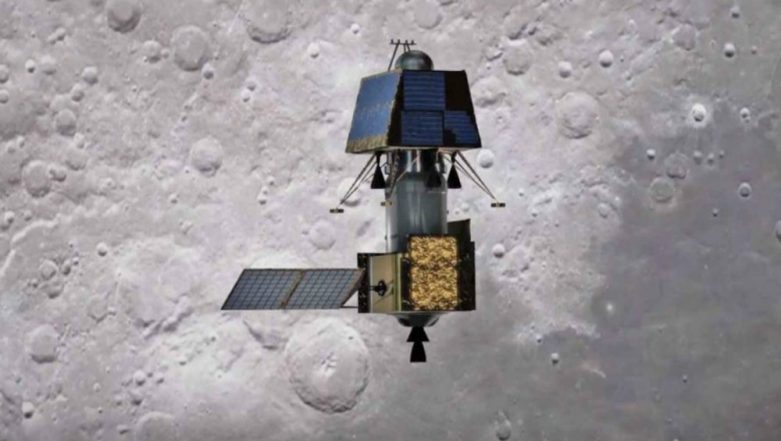 Chennai, September 3: India's first moon lander -- Vikram -- on Tuesday got nearer to the Moon with the Indian space agency successfully completing the first of the two de-orbital operations.

According to the Indian Space Research Organisation (ISRO), the de-orbital operation began at 8.50 a.m. as planned. Using the onboard propulsion system for 4 seconds the operation was carried out successfully. Chandrayaan 2 Enters Fourth Lunar Orbit; ISRO Carries Out Manoeuvre Using Onboard Propulsion System.

The Chandrayaan-2 Orbiter continues to orbit the Moon in the existing orbit and both the Orbiter and Lander are healthy.

On Monday afternoon, Vikram got separated from its mother spacecraft Chandrayaan-2.

After the moon touchdown by Vikram, the rover -- Pragyan -- will roll down from the former to carry out the research for which it was designed.

Meanwhile, the Orbiter continues to fly around the moon.