The Carbon dioxide (CO2) in the Earth's atmosphere has again peaked last month, reaching historic levels, according to a new report. 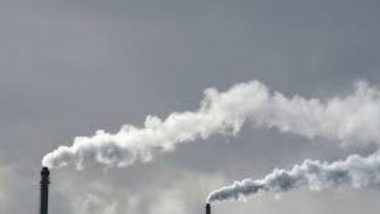 Washington, June 8: The Carbon dioxide (CO2) in the Earth's atmosphere has again peaked last month, reaching historic levels, according to a new report.

Atmospheric carbon dioxide peaked for 2021 in May at a monthly average of 419 parts per million (ppm), the highest level since accurate measurements began 63 years ago, scientists from the National Oceanic and Atmospheric Administration (NOAA) and Scripps Institution of Oceanography at the  University of California San Diego announced on Monday.  Using Face Masks for Long Time Causes Oxygen Deficiency and Intoxication of CO2 in the Body? Know Truth Behind the Fake Message

CO2 is by far the most abundant human-caused greenhouse gas, and persists in the atmosphere and oceans for thousands of years after it is emitted, Pieter Tans, a senior scientist with NOAA's Global Monitoring Laboratory, in a statement.

"We are adding roughly 40 billion metric tons of CO2 pollution to the atmosphere per year," said Tans.

"That is a mountain of carbon that we dig up out of the Earth, burn, and release into the atmosphere as CO2 -- year after year. If we want to avoid catastrophic climate change, the highest priority must be to reduce CO2 pollution to zero at the earliest possible date," he noted.

While the year-to-year increase of 1.8 ppm in the May CO2 peak was slightly less than previous years, CO2 measurements for the first five months of 2021 showed a 2.3 ppm increase over the same five months of 2020, close to the average annual increase from 2010 to 2019.

COVID-19  induced lockdowns in 2020 led to a 5.8 per cent decline in global energy-related CO2 emissions, the largest annual percentage decline since World War, revealed a March report by the International Energy Agency -- IEA.

However, with the opening up of lockdowns and pandemic-induced restrictions loosened, global CO2 emissions started climbing again.

The NOAA report, however, stated that the effect of the pandemic had no discernible effect on the historic CO2 record.

The current atmospheric burden of CO2 is comparable to where it was during the Pliocene Climatic Optimum, between 4.1 and 4.5 million years ago, when CO2 was close to, or above 400 ppm. During that time, sea level was about 78 feet higher than today, the average temperature was 7 degrees Fahrenheit higher than in pre-industrial times, and studies indicate large forests occupied areas of the Arctic that are now tundra, the report said.

(The above story first appeared on LatestLY on Jun 08, 2021 04:23 PM IST. For more news and updates on politics, world, sports, entertainment and lifestyle, log on to our website latestly.com).