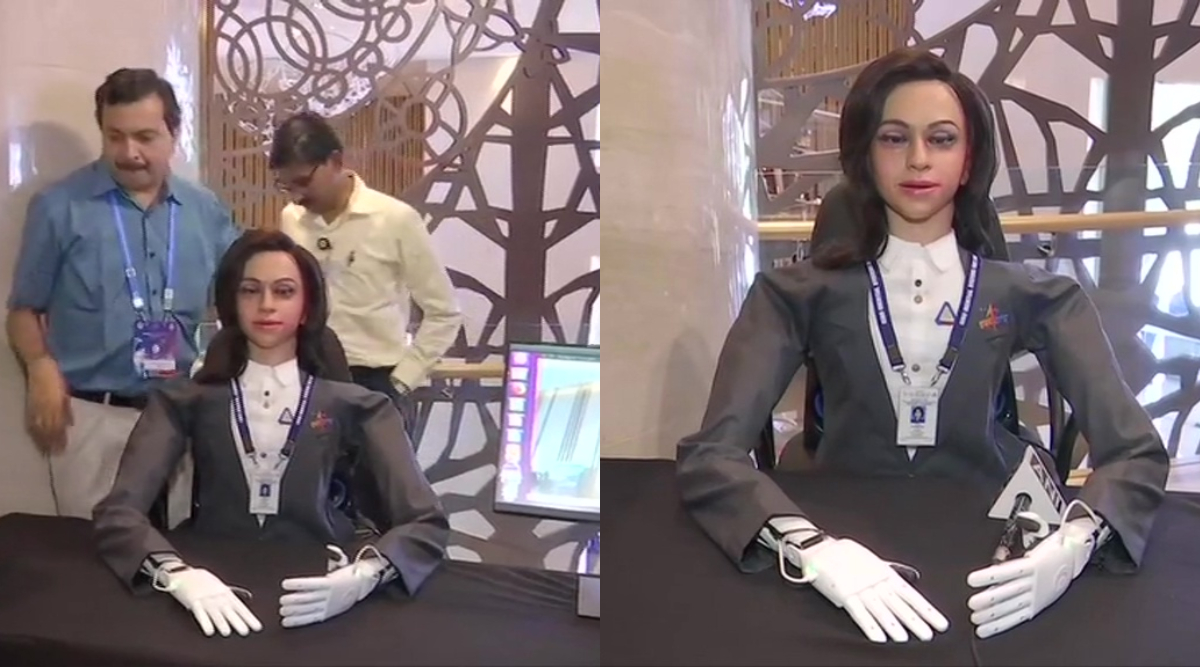 Bengaluru, January 22: The Indian Space Research Organisation on Wednesday unveiled the first glimpse the the humanoid named 'Vyommitra' — a female robot — that will travel with the four ace Indian Air Force pilots for the ambitious Gaganyaan Mission in 2022. The latest humanoid is a woman, as ISRO is not sending women as part of Gaganyaan.

According to the ISRO, the half-humanoid is capable to perform multiple tasks, and apart for that she can speak in two different languages -- English and Hindi. Initially, ISRO is planning to send the prototype of humanoid to go as trial before Gaganyaan goes with Astronauts. Meanwhile the four astronauts -- basically IAF pilots -- are training in Russia. Gaganyaan Mission 2022 Aims to Build Framework For Long Term National And International Collaborations, Says ISRO Chief K Sivan.

'Vyommitra', the humanoid for #Gaganyaan unveiled; This prototype of humanoid will go as trial before Gaganyaan goes with Astronauts @isro pic.twitter.com/77qpeE7SUw

Informing about the readiness of the 'Vyommitra', ISRO chief K Sivan had said last year, as quoted by Times of India, "The humanoid is almost ready. We want to make sure that this mission serves a purpose beyond displaying our ability to send humans and bring them back safely." Sivan was of also of the idea that the Gaganyaan will also assist in ISRO's long term goal of inter-planetary mission.

Sivan had added, "We want to show that even the first flight will not go empty and also ensure that we utilise the opportunity in the maximum way. We have our own humanoid model that will be used."

Earlier in the day, Sivan, "Gaganyaan Mission is not just about sending a human to space, this mission provides us an opportunities to build a framework for long term national and international collaborations and cooperation."