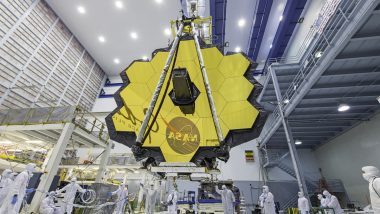 The USD 10 billion James Webb Space Telescope was launched atop an Ariane 5 rocket from French Guiana on December 25. Webb could help researchers understand the origins of the universe and begin to answer key questions about our existence, such as where we came from and if we are alone in the cosmos.

(The above story first appeared on LatestLY on Jan 12, 2022 04:48 PM IST. For more news and updates on politics, world, sports, entertainment and lifestyle, log on to our website latestly.com).