Available across 79 markets, Spotify has 207 million active users and 96 million of these users are Spotify Premium subscribers. 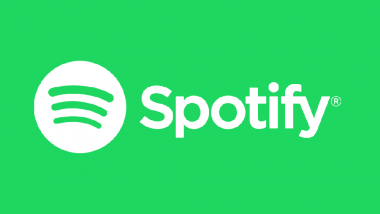 Mumbai, Feb 27: Throwing a big competition to music streaming services like Gaana, JioSaavn, Apple Music and Amazon Music, Swedish firm Spotify on Wednesday made its debut in the country with all-new features, including for regional music. Spotify will offer more than four crore songs and 300 crore playlists for music fans in the country, the company said in a statement. It had briefly hit a hurdle when the music label, WMG, filed for an injunction in the Bombay High Court earlier this week over licensing rights. Apple Music Likely to Arrive on Google Home: Report.

"Not only will Spotify bring Indian artists to the world, we'll also bring the world's music to fans across India. Spotify's music family just got a whole lot bigger," said Daniel Ek, Spotify Founder and CEO.

The Spotify app -- now available on mobile, desktop and tablet -- is free to download and users need to spend Rs 119 a month to upgrade to Spotify Premium.

"Spotify's music recommendation engine can now be tuned to Hindi, Punjabi, Tamil and Telugu. Indian users can select their preferred language(s) to receive tailored Daily Mix, Home, Radio, Search results and recommendations," said the company. For the first time on Spotify Free, smartphone users in India can play every song on demand, informed the company.

"Through our unmatched personalised experience, we want users to find the best music from India and the world, and empower Indian artists to find new audiences in India and worldwide," said Amarjit Singh Batra, Managing Director, Spotify India. Spotify replied, saying the WMG has revoked a previously agreed upon publishing licence for reasons wholly unrelated to the company's launch in the country.

Earlier, in an attempt to leverage Warner/Chappell Music's (WCM) local Indian publishing rights, WMG which has some big-ticket artists like Katy Perry and Led Zeppelin in its kitty, filed for an injunction against Spotify over licensing rights in the country. Samsung Galaxy M30 Launching Today in India; Likely To Be Priced From Rs 15,000.

"All other major labels and publishers have agreed on economics and to license their music, and Spotify has also entered into a licence with the local collecting society, while the WCM remains the lone hold-out needed for a Spotify launch in India," a Spotify spokesperson had said.

Available across 79 markets, Spotify has 207 million active users and 96 million of these users are Spotify Premium subscribers. The platform adds approximately 30,000 new tracks each day. Spotify is available on over 500 products across 200 hardware brands globally.

(The above story first appeared on LatestLY on Feb 27, 2019 11:33 AM IST. For more news and updates on politics, world, sports, entertainment and lifestyle, log on to our website latestly.com).