Already available on Android and iOS under testing, the new Clubhouse-like audio chat rooms feature called Spaces by Twitter will soon be available on desktops too. 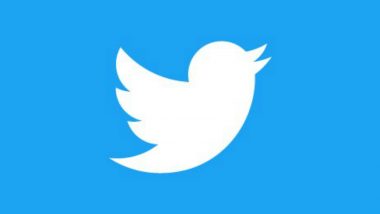 After first testing its audio chat feature Spaces with a small group of people on iOS, Twitter last month said it is now expanding the test to Android users in India, to give them a chance to join, listen, and speak in live, host-moderated audio conversations. Currently, the feature is available as an early preview for a select few Android users who are part of the app's Beta programme in the country.

In the feature, users can create a Space that their followers can join to participate in a conversation. Anyone on Twitter can listen in on the conversation, though only the host can control who gets to speak.

The move comes at a time when invite-only, audio-chat app Clubhouse is fast gaining popularity among the social media users. Tech companies like LinkedIn and Spotify are also working on Clubhouse-like live audio features, while Facebook is also reportedly working on such feature.

(The above story first appeared on LatestLY on Apr 02, 2021 11:54 AM IST. For more news and updates on politics, world, sports, entertainment and lifestyle, log on to our website latestly.com).