Amazon second publicly traded just weeks after iPhone makerApple hit the same milestone on August 2. The shares in the world’s largest online retailer last traded up 1.4% at $2,041.68 and hit the $2050.2677 level to give its stock a value of $1 trillion. 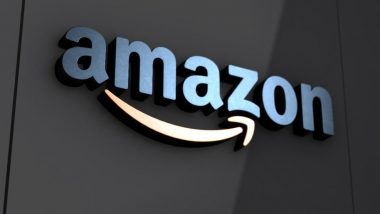 Canberra, Sep 4: Online retailer Amazon became the second U.S. listed company to reach a $1 trillion market capitalization in the stock market after its share price passed the $1050.27 mark in Tuesday's session. Amazon second publicly traded just weeks after iPhone makerApple hit the same milestone on August 2. The shares in the world’s largest online retailer last traded up 1.4% at $2,041.68 and hit the $2050.2677 level to give its stock a value of $1 trillion.

In two decades, the Seattle-based company has changed the way how people shop online and has expanded far beyond from what it started off. According to a report by Reuters, the online retailer crossed the $2,000 threshold for the first time on August 30 after it doubled its price in just 10 months. Amazon shares first hit $1,000 on October 27, 2017. It first reached $100 on October 23, 2009.

On Tuesday, Amazon announced the launch of its marketplace in Hindi as it looks to take on local giant Flipkart, and woo a potential 100 million new shoppers coming online. The desi avatar of Amazon will allow it to capitalise on the vast, untapped market of Hindi-speaking customers as currently, websites and apps of Walmart-backed Flipkart and other players like Snapdeal, Paytm Mall and ShopClues are available only in English.

Amazon India Vice President, Category Management Manish Tiwary was quoted by PTI saying that the launch of the Hindi shopping experience is a significant step towards bringing the next 100 million customers online. “This first Indian language launch will enable crores of Hindi-preferring customers across India to shop in their preferred language," Tiwary added.

Amazon’s blowout success made its founder and CEO, Jeff Bezos, No. 1 on Forbes’ billionaires' list. Amazon’s customer loyalty with smart devices like Alexa and the Prime membership program has made it one of the most reliable and valuable companies in the online retail market.

(The above story first appeared on LatestLY on Sep 04, 2018 09:56 PM IST. For more news and updates on politics, world, sports, entertainment and lifestyle, log on to our website latestly.com).