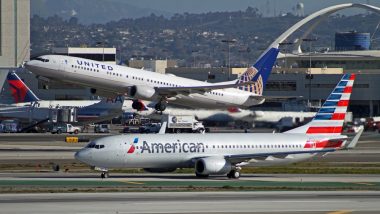 Moscow, July 16: American Airlines has warned about 25,000 its frontline employees about possible job cuts this fall due to a slowdown in air travel demand amid the COVID-19 pandemic, CNBC reported, citing the company's note to the staff.

According to the media, 25,000 airlines' employees account for roughly 29 percent of its US mainline workforce. The company urged the staff to take new extended leaves of up to two years or early retirement packages to get as many people off the payroll as possible before actual job cuts.