Blood-Sucking 'Mutant' Ticks Invade Russia, Hospitals Fear Running Out of Vaccines and Medicines for Types of Disease That Ticks Spread 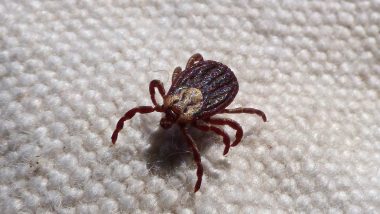 Novosibirsk, June 2: Amid the novel coronavirus pandemic, Russia is hit by another crisis, Siberia has reported an invasion of blood-sucking ticks, including a new and deadly mutant variety, Daily Mail reported. The report suggests that one region in Siberia has reported 428 times more ticks than usual. The swarm has sparked fears that hospitals on the region will run out of vaccines and medicines for types of diseases that ticks can spread. Five-Year-Old Girl Paralysed By A Tick Bite, Mother Discovers Blood-Sucking Insect On The Child's Scalp.

The mutant ticks combine the worst qualities of two common types of Russian tick- Far Eastern tick and Ixodes persulcatus. They can also spread diseases like encephalitis, which is estimated to have killed over 1.50 lakh people in 2015, and Lyme disease.

According to a report in Daily Mail, in the Krasnoyarsk region, 8,215 tick bite cases have been reported including 2,125 involving children. Nearly two percent of ticks carry viral encephalitis, which can cause permanent brain damage.

In Sverdlovsk regions, 17,242 people have been bitten y ticks, including 4,334 children. The ticks attack people in both long and short grass before finding a place to suck blood from the victim. Experts believe that mild winter is the reason for the rise in tick numbers.

(The above story first appeared on LatestLY on Jun 02, 2020 04:35 PM IST. For more news and updates on politics, world, sports, entertainment and lifestyle, log on to our website latestly.com).