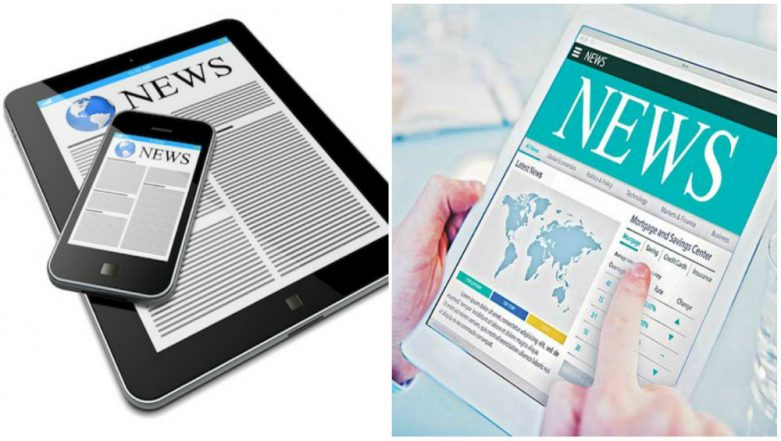 San Francisco, January 30: Throwing a serious question on the future of digital journalism, two big media outlets -- Buzzfeed and Verizon which owns HuffPost, Yahoo and AOL -- have announced to lay off more than 1,000 journalists globally.

According to a report in The Hill on Sunday, BuzzFeed would lay off nearly 15 per cent of its staffers -- over 200 jobs -- and Verizon said it would slash 7 per cent of workers in its digital media operations -- or roughly 800 jobs.

Both Buzzfeed and HuffPost have India editions. "Ax falls quickly at BuzzFeed and Huffpost!" Headline, New York Post. Fake News and bad journalism have caused a big downturn. Sadly, many others will follow. The people want the Truth!" tweeted US President Donald Trump.

According to Washington Examiner, BuzzFeed recently came under scrutiny after reporting that Trump directed his lawyer Michael Cohen to lie to Congress. Dignity of Journalism and Fight Against Fake News: Pope Francis Calls for 'Truthful' Journalism.

The story prompted a rare statement from special counsel Robert Mueller whose office said the article was "not accurate." HuffPost Editor-in-Chief Lydia Polgreen reacted to Trump's tweet, saying the people who lost their jobs did not deserve "cruelty" from the president.

"One thousand journalists lost their jobs last week. Ordinary people with rent to pay, families to support, student loan bills coming due. They are workers like any other who do not deserve this cruelty," Polgreen tweeted.

"What a disgusting thing to say about dozens of American workers who just lost their jobs," he tweeted.

For BuzzFeed, it was the second round of job cuts in 14 months after it cut 100 jobs in the recent first round. The truth is that digital ad revenue is shrinking for online media companies as Facebook and Google have grabbed a larger pie of the digital advertising revenue.

"The two giants are expected to take more than half of global ad spending by 2020 and Analyst EMarketer anticipates their market share to grow by 75 per cent between 2017 and 2020, compared with 15 per cent growth for other digital media companies," said The Guardian.

Short-form videos have not produced enough revenue for digital publishers.  "For many, podcasts are next. Last week, the Economist said it was expanding its audio team to eight employees; the Wall Street Journal is pursuing a similar initiative," said The Guardian.