A former general in the Afghan army says he and many other soldiers and politicians from the previous administration are preparing to launch a new war against the incumbent Taliban regime in the country. 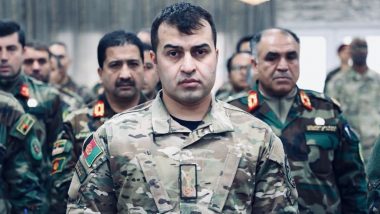 Kabul, April 29: A former general in the Afghan army says he and many other soldiers and politicians from the previous administration are preparing to launch a new war against the incumbent Taliban regime in the country.

Speaking for the first time about the plans, Lt Gen Sami Sadat told the BBC that eight months of Taliban rule has convinced many Afghans that military action is the only way forward. He said operations could begin next month after Eid, when he plans to return to Afghanistan. The Taliban took control of the country in a rapid offensive last August.

The hard-line Islamists swept across the country in just 10 days, as the last US-led NATO forces left following a 20-year military campaign. Lt Gen Sadat said that he and the others would "do anything and everything in our powers to make sure Afghanistan is freed from the Taliban and a democratic system is re-established".

"Until we get our freedom, until we get our free will, we will continue to fight," he told the BBC, while refusing to declare a specific timeline. The general underscored how the Taliban had been reintroducing increasingly harsh rule, including severe restrictions on the rights of women and girls, adding it was time to stop their authoritarian order and start a new chapter. Taliban Separates Weekday Classes For Male, Female Students of Kabul University and Polytechnic University.

"What we see in Afghanistan in eight months of Taliban rule has been nothing but more religious restrictions, misquotation, misinterpretation and misuse of the scripts from the Holy Quran for political purposes," he told the BBC.

He initially planned to give the Taliban 12 months to see if they would change, he said. "Unfortunately, every day you wake up the Taliban have had something new to do -- torturing people, killing, disappearances, food shortages, child malnutrition." Taliban Welcomes Extension of UN Mission in War-Torn Nation For Another Year.

Lt Gen Sadat said he received hundreds of messages daily from Afghans asking him what he was going to do about it.

(The above story first appeared on LatestLY on Apr 29, 2022 12:29 PM IST. For more news and updates on politics, world, sports, entertainment and lifestyle, log on to our website latestly.com).