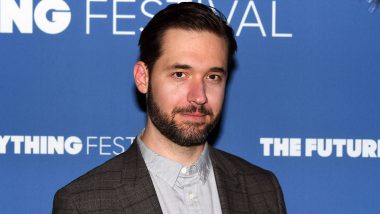 Florida, June 6: Alexis Ohanian, Reddit co-founder and tennis champion Serena Williams' husband resigned as a member of the Reddit board, and urged the firm to replace him with a black candidate. The decision by the Reddit co-founder comes amid the US protests over killing of George Floyd showing police brutality and racial inequality on the blacks. Ohanian further said that he would be donating $1m (£800,000) to Know Your Rights Camp, which is a non-profit started by former NFL quarterback Colin Kaepernick. Racism in US: 13% Black Population But Data Shows More African-Americans Jailed, Fatally Shot Vis-a-Vis Other Ethnicities.

Ohanian founded Reddit, the social media website, 15 years ago with his college roommates Aaron Swartz and Steve Huffman. The tech entrepreneur took to Twitter and said he has taken this decision for himself, for his family, and for his country. He said he was doing it "as a father who needs to be able to answer his black daughter when she asks: 'What did you do?'". Ohanian added saying that he believes resignation can actually be an act of leadership from people in power right now. "To everyone fighting to fix our broken nation: do not stop", he added. Serena Williams Proud of Husband Alexis Ohanian’s Decision to Vacate Reddit Board for Black Replacement.

Take a look at the Tweets by Alexis Ohanian:

I believe resignation can actually be an act of leadership from people in power right now. To everyone fighting to fix our broken nation: do not stop.https://t.co/LWI1OnCaVi

The entrepreneur wrote on his official website that he has taken the decision to quit the Reddit Board chiefly to curb racial hate and to "serve the black community." "I have urged them to fill my seat with a black candidate, and I will use future gains on my Reddit stock to serve the black community, chiefly to curb racial hate, and I’m starting with a pledge of $1M to Colin Kaepernick’s Know Your Rights Camp", he wrote.

In 2018, Ohanian had stepped down from daily duties but retained a seat on the company's board until now.

(The above story first appeared on LatestLY on Jun 06, 2020 09:08 AM IST. For more news and updates on politics, world, sports, entertainment and lifestyle, log on to our website latestly.com).