Is African Continent About to Split Into Two Landmasses? The Crack in Kenyan Territory Suggests So! 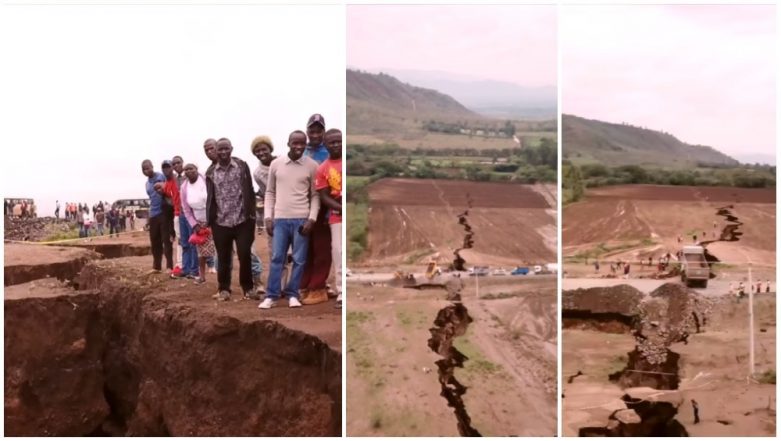 How would you react if you are told that the land of the African continent is splitting into two parts? Well, it is no joke! Due to heavy rainfall in a Kenyan territory, Narok County, there are reports doing the round that Africa could be leading towards a split in two landmasses.

As the rains continue to wreak havoc in the Narok County, the crack in the land has been increasing with passing time. The situation is getting bad to worse as the rainy weather has been widening the already giant kilometer-sized chasm.

As per a Forbes report, a crack has suddenly appeared in the mentioned zone and it seems that is likely to widen the chasm, and eventually break the gigantic African landmass into two. The reason for the split is said to be caused by the underlying superheated plumes, which will eventually result in the split, which has emerged on the eastern side of the continent.

The mantle plume is an upwelling of hot rock within the Earth’s surface. As they melt when they reach shallow depths, they cause in the creation of volcanic centers as hot spots, which eventually results in such catastrophic events.

Watch the ‘Suswa Rift’ as the country of Kenya Seems to Split after Massive Earth Movements:

The splitting of a landmass or a continent (to be specific) is nothing new. The landmasses have seen splits over the years. Thankfully, the split process will take a million more years, as the surface begins to sink eventually, which will result in the intrusion in the split zone.