Is Kim Jong-un In China On A Secret State Visit? 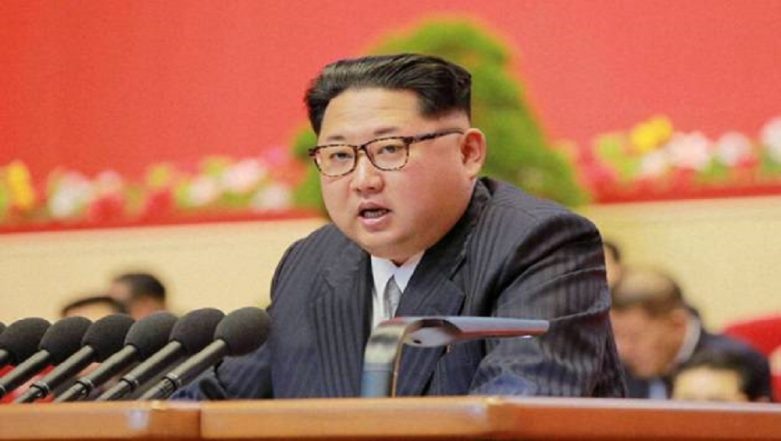 Kim Jong-Un is reportedly on a surprise visit to Beijing on his first known trip outside North Korea since taking power in 2011, according to multiple reports in international news media.

Japanese media reported that a train believed to be carrying a senior Democratic People's  Republic of Korea official had arrived in Beijing and was greeted with armed guards and a line of VIP vehicles. Bloomberg news said the visitor was North Korea's leader Kim Jong-un himself, citing three unnamed sources.

Intriguing images from Beijing, captured by Japan's Nippon TV. A 21-car train, similar to one used by Kim Jong Il in 2011, pulled into Beijing Station around 3pm. Met by honor guard and line of VIP cars. Speculation is that Kim Jong Un could be in Beijing. https://t.co/OR40pYEcgG pic.twitter.com/1G5jndciIr

Further details of his trip, including how long Kim would stay and who he would meet, were not immediately available.  The rail journey between Dandong and Beijing covers more than 1,100km and takes at least 14 hours by ordinary service.

Speculation about a possible visit by a high-ranking North Korean official circulated around the Chinese capital Monday, after Japan’s Kyodo News reported that a special train may have carried Kim through the northeastern border city of Dandong. Bloomberg news reported that Nippon TV showed footage of a train arriving Monday in Beijing that looked similar to one used by Kim’s father, Kim Jong-Il, to visit the country shortly before his death in 2011.

The flurry of speculation following the sightings suggest the North Korean leader could be in the Chinese capital ahead of his planned summit with South Korean President Moon Jae-in and a potential meeting with U.S. President Donald Trump.

Kim has not met any foreign heads of state since succeeding his father as North Korean leader in late 2011. Relations with China, a traditional ally, have been strained after Kim purged several top-ranking officials close to Beijing as well as DPRK's series of nuclear tests in 2017.

Japan's Kyodo news agency, also citing unidentified sources, reported on Sunday said the visit was intended to improve ties between Beijing and Pyongyang, which have been frayed by China's backing of tough sanctions at the UN Security Council following North Korea's pursuit of nuclear weapons.

The South Korean government said it was investigating the reports. "Our government is thoroughly monitoring the situation and related movements while closely communicating with the concerned country," a foreign ministry spokesman said.

Kim Jong-un's visit comes just months after he opened communication lines with South Korea after 2017 was marked with bombastic rhetoric. However, the new year brought about a change in DPRK's stance with Pyongyang sending a  sports delegation to the Winter Olympics held in South Korea and following that with delegation-level talks. The visit to Beijing hence ties in with North Korea's move away from its self-imposed isolation for more than half a decade.