Syed Ghulam Nabi Fai, a US citizen and director of the Kashmiri American Council (KAC), was arrested and pleaded guilty to criminal counts of conspiracy to conceal material facts, impede the IRS in the collection of revenue, and impede the administration of tax laws, the report said. 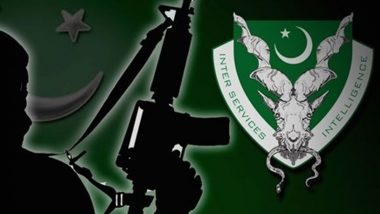 New Delhi, September 26: The most worrisome aspect of US-based Khalistan agitation is the likelihood that Pakistan's intelligence agency, ISI is responsible to a considerable degree, according to a report by the Hudson Institute.

The research titled, "Pakistan's Destabilization Playbook: Khalistan Separatist Activism Within the US", says that in 2011, the FBI identified the Kashmir American Council and its head, Ghulam Nabi Fai, as tied to "a decades-long scheme to conceal the transfer of at least $3.5 million from the government of Pakistan to fund his lobbying efforts in America related to Kashmir."

Fai had long partnered with Khalistani organizations and Sikh activists. In 1992, for example, he and a number of Khalistani supporters attended the Democratic Party convention to lobby for Kashmiri and Sikh secessionism.

In 2000, Indian media reported that Fai and Paramjit Singh Ajrawat, founder of the Anti-Defamation Sikh Council for Khalistan, together visited a gurdwara in Silver Spring, Maryland, where they called for the US and the UN to increase their efforts to obtain a peaceful solution to the "liberation of the Sikh homeland, Khalistan and the 52-year-old Kashmir conflict". The involvement of Fai and Kashmir-related groups in the US based Khalistan milieu should be taken seriously, the report said. Afghan Passports, National Identity Cards Will Have 'Islamic Emirate of Afghanistan' Name in Them, Announces Taliban.

Syed Ghulam Nabi Fai, a US citizen and director of the Kashmiri American Council (KAC), was arrested and pleaded guilty to criminal counts of conspiracy to conceal material facts, impede the IRS in the collection of revenue, and impede the administration of tax laws, the report said.

For years, the KAC "held itself out to be run by Kashmiris, financed by Americans and dedicated to raising the level of knowledge in the United States about the struggle of the Kashmiri people for self-determination. But according to court documents, the KAC was secretly funded by officials employed by the government of Pakistan, including the Inter-Services Intelligence Directorate."

The Kashmir American Council presented itself as an advocate for Kashmiris' human rights, working to create awareness of and support for the Kashmiri people's struggles to attain these rights.

To further these efforts over the years, KAC and Fai employed a major Washington-area lobbyist, contributed to the campaigns of certain Congress members, organized rallies and conferences against India, and attempted to influence US policy on South Asia, all without acknowledging that Pakistan and its intelligence service were funding their efforts, the report said.

According to the US Department of Justice, Fai "repeatedly submitted annual KAC strategy reports and budgetary requirements to Pakistani government officials for approval. For instance, in 2009, Fai sent the ISI a document entitled 'Plan of Action of KAC/Kashmir Centre, Washington, DC, for the Fiscal Year 2010,' which itemized KAC's 2010 budget request of $658,000 and listed Fai's plans to secure US congressional support for US action in support of Kashmiri self-determination.

The Department of Justice stated that Fai also "accepted the transfer of such money to the KAC from the ISI and the government of Pakistan through his co-defendant Zaheer Ahmad and middlemen (straw donors), who received reimbursement from Ahmad for their purported 'donations' to the KAC." Fai failed to inform the IRS that these straw donors were being reimbursed by Ahmad "using funds received from officials employed by the ISI and the government of Pakistan."

Although Fai had most likely been receiving funding from Pakistan's ISI since KAC's 1992 inception, he was investigated and indicted only after the deterioration in US-Pakistan relations in the aftermath of the 2011 raid in which Osama bin Laden was killed, the report said.

Kashmiri and Khalistani activists have benefited from having the same friends in high places. In 2011 following the discovery that Pakistan's ISI was bankrolling Fai's KAC, the New York Times reported that three members of the US House—Joe Pitts, Dan Burton, and Dennis J. Kucinich—had been working closely with Fai and his group. Rep Burton, the Times reported, had taken a particularly "aggressive role in promoting the agenda pushed by Mr Fai."

In 1997, the Washington Post noted that "nearly a quarter of the individual donations to Burton's 1996 campaign came from the Sikh and Kashmiri communities in the United States."

Following Fai's arrest in 2011, it emerged that Burton, who retired in 2013, had received significant sums of money from Fai himself. Burton has consistently denied any knowledge that Fai's group was "linked to any foreign intelligence operation."

However, particularly interesting but scarcely discussed, Burton also appeared to be a leading Congressional advocate for the Khalistani cause, sponsoring "many resolutions in Congress and [castigating] India for its 'profound lack of respect for Sikh life and culture.'"

In 2004, Burton invited Fai and Gurmit Singh Aulakh, president of the Council of Khalistan, to address the Committee on Government Reform on the issue of alleged Indian brutality.

Burton is not the only member of the US Congress to openly advocate for both the Khalistani and Kashmiri causes. In 1998, Rep Edolphus Towns, who represented New York from 1983 to 2013, openly advocated for Aulakh's nomination for the Nobel Peace Prize, lauding his efforts to "expose the oppression of Sikhs."

Following Fai's release from jail, he has remained an active partner of radical fellow travellers, including Sikh activists, and continues to write regularly about the ostensible persecution of Sikhs in India, publishing across a variety of Pakistani media. In addition, since at least 2016, Fai has led annual protests made up of Sikh, Islamist, and Kashmiri activists outside the United Nations building in New York, the report said.

At the 2017 protest, Fai and his new organization, the World Kashmiri Awareness Forum, were supported by Sikh activists, Pakistani regime officials, and such Kashmiri separatists as Syed Ali Geelani, who once served as "head of jihad" for the Kashmiri branch of South Asia's violent Islamist movement Jamaat-e-Islami. Joe Biden After Meeting PM Narendra Modi: Ties with India Destined to Be 'Stronger, Closer and Tighter'.

At the 2019 protest, one newspaper reported that joining Fai was "a prominent Sikh leader, Sardar Amarjit Singh," who "also voiced support for the cause of Kashmir and reaffirmed his call for the establishment of Khalistan."

(The above story first appeared on LatestLY on Sep 26, 2021 09:20 PM IST. For more news and updates on politics, world, sports, entertainment and lifestyle, log on to our website latestly.com).