JT Lewis, Brother of School Shooting Victim, to Run for US State Senate in 2020 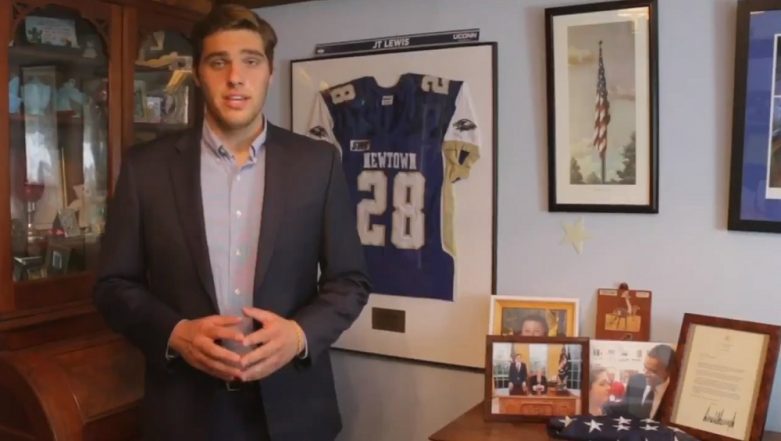 Washington, July 16: J.T. Lewis, who lost his young brother in a US school shooting in 2012, has announced his intention to run for the 28th Connecticut Senate District in 2020. The announcement was made in a video Lewis, a resident of Newtown, Connecticut, posted on Twitter on Monday. He told The Newtown Bee newspaper after the video went public that he plans to challenge the incumbent Senator Tony Hwang of Fairfield in the upcoming 2020 election as a Republican. In his announcement video, Lewis stated that after the mass shooting at the Sandy Hook Elementary School on December 14, 2012, that took his brother's life along with 19 other classmates and six educators, he and his mother called Senator Hwang "to help prevent future tragedies".

"But that Senator never returned their call," Lewis states in the video. He goes on to recount the horrific moments when Jesse Lewis compelled nine of his classmates to run away when the shooter's gun jammed, and then chose to stay behind "to defend his teacher", The Newtown Bee newspaper reported. Indian-American Hirsh Singh to Challenge Democrat Senator in 2020.

"To honour Jesse, I've decided to be courageous enough to run for state Senate... I'm entering the fray, because it is only with real leadership that Connecticut will see change that it is so desperate for. I'm young but I know how to lead," J.T. Lewis said in the video. His Twitter feed includes a July 12 tweet from President Donald Trump's daughter and senior White House adviser Ivanka Trump honouring Jesse's courage.