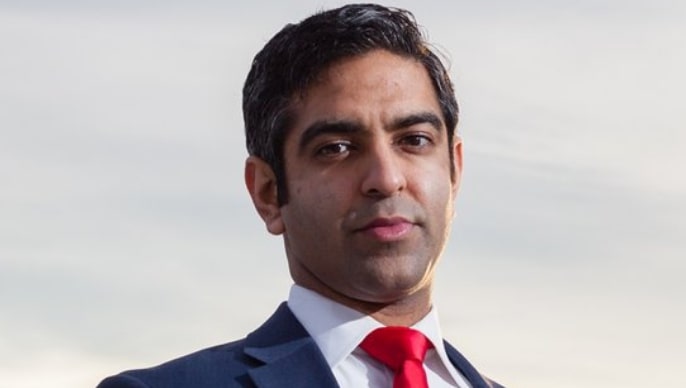 Washington, April 27: Indian-American Hirsh Singh has announced that will seek the Republican nomination for US Senate in 2020 against Democratic New Jersey Senator Cory Booker. Singh, a director for Hi-Tech Systems in New Jersey, on Thursday said in a Facebook post: "Help me fix Jersey. Spread the news, we're here to win. Today, I launch my campaign for US Senate. For the People of New Jersey. Let's remove Cory Booker." The Republican has already filed documents forming his campaign committee with the Federal Election Commission, The American Bazaar reported. This is not Singh's first innings in politics; in fact, this is his third bid for the public office.  US Presidential Elections 2020: Hillary Clinton Meets Former Vice President Joe Biden.

Singh is an engineer by profession and is from Atlantic City. According to The Shore News Network, Singh has picked up the endorsement of Bill Palatucci, a member of the Republican National Committee, from New Jersey. Singh is the first Republican to announce challenge to Booker, who is also running for President.

On his newly launched website, Singh announced: "We the people of New Jersey are suffering from political extremism and out-of-control egos. Our representatives have forgotten who they serve. Our economic engine is choking and our infrastructure is crumbling. Together, we will rebuild the state." US Presidential Elections 2020: Tulsi Gabbard Says 'Proud to Be 1st Hindu-American to Run for President'.

Singh has been extremely critical of Booker's policies. Singh holds an engineering degree from the New Jersey Institute of Technology. He has worked with several top government organizations, including NASA, the Department of Homeland Security, the Federal Aviation Administration, the Pentagon, and the US military.