Julia Banks, Former Australian MP, Alleges She Was Inappropriately Touched by Minister at Parliament House in 2017

According to reports, the ex-MP made the allegation in a memoir saying that the male MP moved his hand up her leg during a parliamentary vote session. Banks, however, did not identify the man, who she said was still in the cabinet. 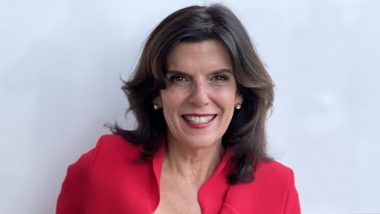 Sydney, July 7: Julia Banks, Former Australian government MP Julia Banks has made a shocking revelation claiming that she was inappropriately touched by a current cabinet minister. Banks said that the incident dated back to 2017 and had taken place at the Parliament House. According to a report by BBC,  the ex-MP made the allegation in a memoir saying that the male MP moved his hand up her leg during a parliamentary vote session. Banks, however, did not identify the man, who she said was still in the cabinet.

After the news made headlines, Australian Prime Minister Scott Morrison's office issued a statement saying that they weren't previously aware of the allegation made by the former MP. They said the behavior of such kind was "completely inappropriate". The BBC report quotes the Former Australian MP saying that the incident took place when she and a few other government MPs were waiting around for a night-time parliament vote in 2017. Australia PM Scott Morrison Condemns ‘Sex Acts’ Allegedly Performed by Government Staffers in Parliament House.

"The minister came and sat next to her and put his hand "just above my knee and edged slowly and deliberately to my inner thigh and then further up my leg", she was quoted in the BBC report. Banks, who has previously spoken out about sexism and misogyny in Australian politics, expressed surprise and shocked over the minister's behavior, saying that for a minister to do this in the prime minister's wing, he had to be astoundingly brazen.

Julia Banks, the former MP, had quit the Liberal party in 2018. This was after former Australian Prime Minister Malcolm Turnbull was deposed in a leadership coup that installed Scott Morrison.

(The above story first appeared on LatestLY on Jul 06, 2021 12:16 PM IST. For more news and updates on politics, world, sports, entertainment and lifestyle, log on to our website latestly.com).