When you think about places that you would likely sponsor new business, we don’t think of the Netherlands. Despite the Dutch having an exemplary record for trading (which goes back to their mastery of the seas), few new business investors in the west think of it as their first choice in places to trade. 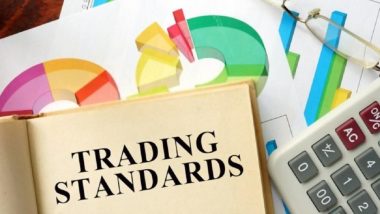 Recent reports are proving that the Netherlands might be the best place to invest in the coming years.

When you think about places that you would likely sponsor new business, we don’t think of the Netherlands. Despite the Dutch having an exemplary record for trading (which goes back to their mastery of the seas), few new business investors in the west think of it as their first choice in places to trade.

Recent reports coming out of the country have been changing this, though, and attracting many investors. The reports can turn our heads as they mark the Dutch traders as some of the most competitive markets in the world. It all starts with the World Economic Forum marking the country as the 4th best place in the world in their Global Competitiveness report. Since this initial foray in 2019, the Netherlands-based sectors of industry have only risen in importance.

The reports back up the theory that Netherland’s business climate top in the world. That initial report investigated globalization and the many countries that have benefited from the ability to export goods and services. The amicable Dutch, it seems, are one of the top trading countries in the world that people want to do business with, despite potential language barriers, which would usually be cited as reasons to be put off trading.

Prior to this 2019 report, the Netherlands were ranked as 6th globally in 2018. The report compares more than 141 different world economies, assigning points based on the infrastructure and macroeconomic stability factor. For this category, the Netherlands received a full score of 100 points. This reporting system has been in effect since the 70’s and gives us a way of monitoring country’s progress as they make their way in the global marketplace.

There are plenty of other organizations that are taking notice of the good work that the Dutch are doing. They have become a global player according to a recent Forbes article, as they overtook their previous position as the 6th best player in terms of economy in the EU. They are ‘well-positioned behind only a few other high-performance countries. One of those was the UK, but these reports were completed before the Brexit process. If the Dutch have continued to overperform they may even move up another space in the next report.

The Dutch are outsourcing in every department. The country is 90% English speaking, solving the language barrier issue. They are the biggest tulip bulb exporter in the entire world, and their annual tourism tally is in the billions. The World Happiness Report has also voted the Dutch to be some of the happiest people in the world, and they rate themselves as some of the most innovative.

Where should we look for the future of Dutch trading? We expect an ever-stronger economy to thrive in the Netherlands, year after year. In the coming period, we are seeing a trend towards sustainability, and their seed banks and bulb provisions should be enough to see them well-placed in the e-friendly markets of tomorrow.

Whatever happens, we’re sure to see them in the world economic report of 2020/21, hopefully in one of those top spots.