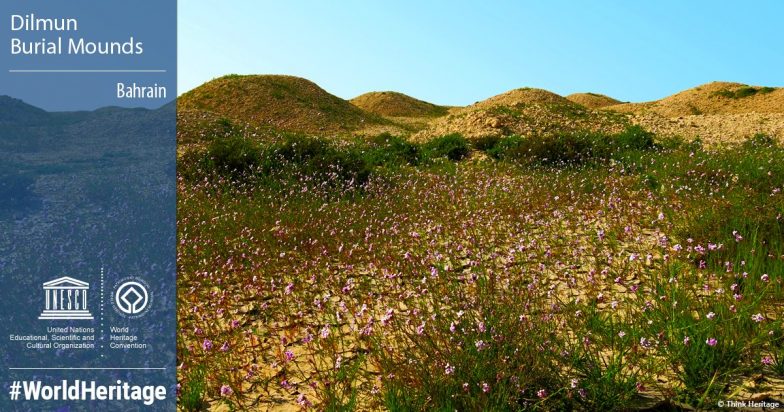 Dubai, Jul 6: The UNESCO World Heritage Committee voted Saturday to add Bahrain's Dilmun Burial Mounds to its World Heritage List, praising the tombs for their "globally unique characteristics". The burial grounds include "21 archaeological sites in the western part of the island" built between 2050 and 1750 BC, according to the global body.

"Six of these sites are burial mound fields consisting of a few dozen to several thousand tumuli," it said in a statement. Pink City Jaipur Gets UNESCO World Heritage Tag.

In all there were some 11,774 burial mounds, UNESCO said, while another 15 sites include 17 royal mounds built as two-storeyed towers. The tombs were among a handful of nominations made Saturday as the World Heritage Committee meets in Azerbaijan's capital of Baku for its 43rd session.

UNESCO said the burial mounds were evidence of the early Dilmun civilisation, "during which Bahrain became a trade hub, whose prosperity enabled the inhabitants to develop an elaborate burial tradition applicable to the entire population".

They are the third site in Bahrain to be designated as a World Heritage Site by UNESCO. Head of the Bahrain Authority for Culture and Antiquities, Shaikha Mai bint Mohammed Al Khalifa, said the tombs were "living proof of Bahrain's distinguished cultural heritage", according to the kingdom's official BNA news agency. Bahrain's other two UNESCO sites are the Bahrain Citadel, listed in 2005, and a major pearling site in the city of Muharraq included in 2012.