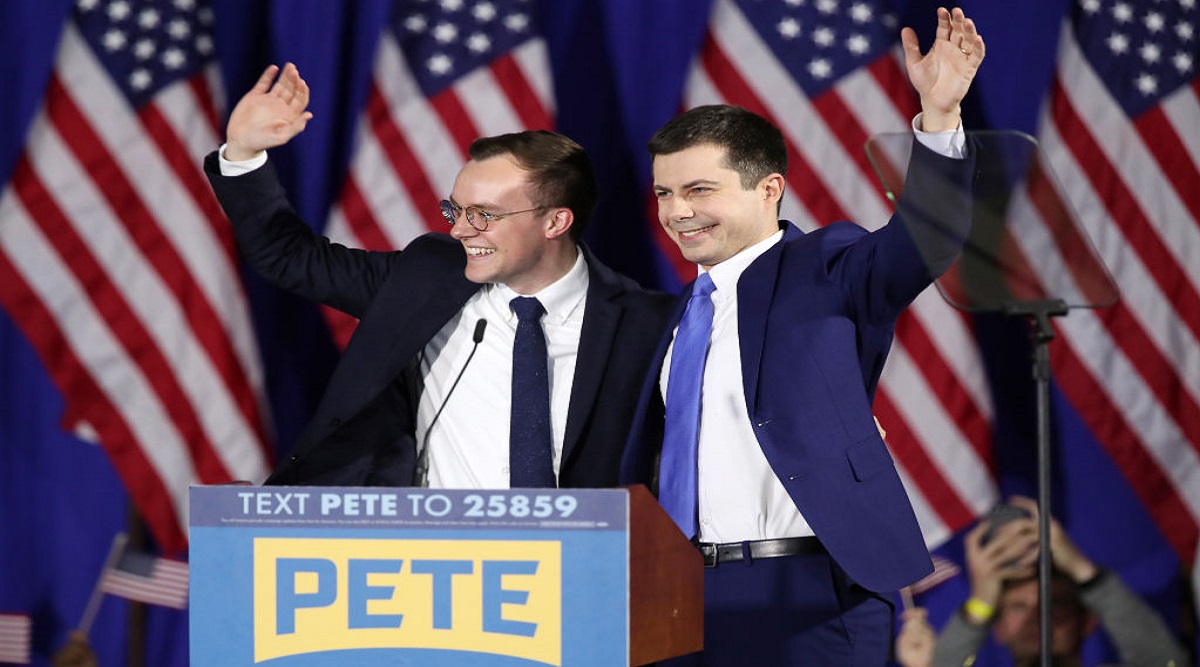 Washington, February 14: Former South Bend Mayor Pete Buttigieg, who witnessed a meteoric rise in battle for Democratic Party's presidential nomination, is now facing a row over his sexual orientation. Known publicly as a "gay", Buttigieg has drawn ire from a section of Conservative voices in the United States politics. The controversy comes days after his victory in the Iowa Caucus -- the first step to determine who may end up representing the Democrats in the battle for 2020.

The row over Buttigieg's sexual orientation was sparked after he kissed his husband Chasten on the stage following the victory in Iowa. This prompted firebrand Republican Rush Limbaugh to fire salvo against him on his radio show. Buttigieg Wins Delayed Iowa Count, Sanders to Contest Result.

The hardline conservative leader on Wednesday asked Americans to decide whether they want to elect a leader who kisses his husband on the stage or "Mr Man", the incumbent President Donald Trump.  "They're saying, 'OK, how's this going to look? Thirty-seven-year-old gay guy kissing his husband on stage, next to Mr Man, Donald Trump'," Limbaugh said.

The Republican veteran's remarks drew bipartisan criticism, with members of his own party saying that the controversy over sexual orientation was uncalled for. Senator Lindsey Graham of South Carolina, despite being a conservative, said an aspirant being a gay should not be a campaign issue at all. "The country would not reject a candidate over his sexual orientation," he said.

President Trump also attempted to put an end to the row which had erupted over Limbaugh's statement. On being asked by Fox News whether American would not vote for a gay presidential candidate, he replied, "I think there would be some that wouldn't, and I wouldn't be among that group, to be honest with you."

Buttigieg's rival in the Democratic presidential race - Joe Biden - came out in defence of the 38-year-old. While speaking to reporters, he lashed out at the Republican Party, saying that the remarks issued by limbaugh reflected the mindset of their political opponents. "Pete and I are competitors, but this guy has honour, he has courage, he's smart as hell," he told ABC News.

Biden's defence of Buttigieg comes despite being beaten by the former in the primaries of Iowa and New Hampshire. Not only the ex-Mayor trumped him by a huge margin, but also pipped ahead of the leading Democratic candidate - Bernie Sanders - in the Iowa Caucus.