An Australian cricket player has been found guilty in England of raping a sleeping woman. 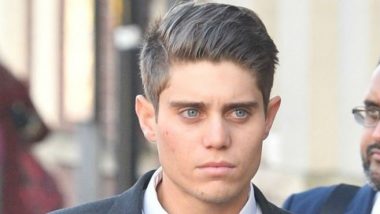 Worcester, April 12: An Australian cricket player has been found guilty in England of raping a sleeping woman. Alex Hepburn slumped into his seat, covered his face with his hands and sobbed after the verdict was returned by jurors at Worcester Crown Court in central England. The 23-year-old Hepburn, who was born in Western Australia and moved to England in 2013 to pursue a cricket career, also faces another count of rape. English Cricketer Alex Hepburn Denies Rape Charges, Says ‘It Was Consensual As Woman’s Eyes Were Open’.

Prosecutors say Hepburn began to rape the woman, who cannot be identified, while she was asleep after getting into a bed in his apartment. Hepburn and his teammates at English county team Worcestershire had set up what was described in court as a "sexual conquest game" on the social media app WhatsApp. Prosecutors said Hepburn had been "fired up" by his desire to win the competition.