Equity benchmark indices extended recovery during early hours on Tuesday as investors focussed on economic growth amid favourable cues from their global peers. 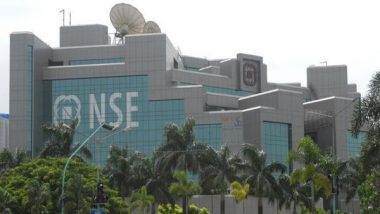 Except for Nifty pharma which dipped slightly, all sectoral indices at the National Stock Exchange were in the positive zone with Nifty PSU bank advancing by 2 per cent, auto by 1.4 per cent and realty by 1.1 per cent.

Among stocks, Adani Ports continued to gain by moving up 3.2 per cent to Rs 754.85 per share. Maruti Suzuki accelerated by 3.2 per cent and Tata Motors by 1.9 per cent.

Meanwhile, Asian stocks traded higher as investors moved back to buying after the previous day's loss and following a strong performance on Wall Street

Japan's Nikkei led rally with a 2.9 per cent gain while Hong Kong's Seng Index was flat. South Korea's Kospi was up by 0.8 per cent. (ANI)