PNB Housing Finance Ltd said on Wednesday its profit after tax stood at Rs 243 crore in Q1 FY22 versus Rs 257 crore in Q1 FY21, registering a degrowth of 5 per cent. 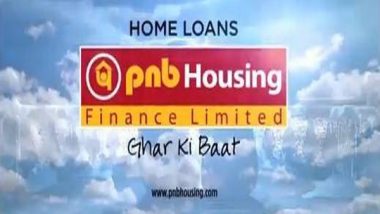 The ECL provision as on June 30 is Rs 2,700 crore resulting in total provision to assets ratio at 4.5 per cent. The stage three provision coverage ratio is at 39.7 per cent.

The return on equity stood at 10.7 per cent as compared to 12.6 per cent, said PNB Housing Finance.

Asset under management (AUMs) totalled Rs 71,828 crore as on June 30, Retail loans contribute 85 per cent and corporate loans 15 per cent of the AUMs, down from 18 per cent as on June 30 last year.

Hardayal Prasad, Managing Director and CEO, said the company continues to focus on increasing its digital footprints, grow retail business with efficient underwriting and collection models and optimise costs in order to create value for all its stakeholders. (ANI)