Riafy Technologies Private Limited has emerged as a global winner in the Build-An-Agent Contest hosted by Google this year. The award was for Riafy's AI assistant Esse, which they adapted for Federal Bank under the brand name Feddy. 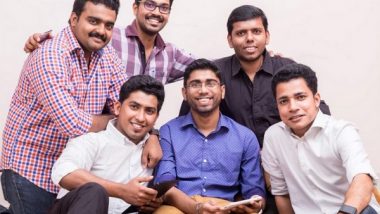 Kochi (Kerala) [India], June 18 (ANI/PNN): Riafy Technologies Private Limited has emerged as a global winner in the Build-An-Agent Contest hosted by Google this year. The award was for Riafy's AI assistant Esse, which they adapted for Federal Bank under the brand name Feddy.

Based in Kochi, Kerala, Riafy was announced as one of the second-place winners amongst 21 finalists. The award includes a cash prize amounting to USD 10,000, along with official recognition as one of Google's Developer Partners.

The Build-An-Agent Contest is a competition to create and launch innovative experiences on Google's Business Messages platform. It aims to recognize pivotal transformations in the digital space using Business Messages.

Riafy's AI assistant Esse, for which they received the honor, has leaped bounds ahead of existing technology in conversational AI. They have reimagined customer experience with conversational AI to create an optimized user experience. Esse uses a unique combination of machine learning, natural language processing, and Riafy's proprietary contextual smart search engine to deliver an intelligent AI experience. You can check out Esse on https://esse-ai.com

Riafy was founded in 2013 by six friends who had just graduated as engineers, with a vision to create unique technological solutions at lightning speed. With John Mathew (CEO), Neeraj Manoharan (COO), Sreenath K V (CTO), Benny Xavier (CIO), Joseph Babu (CMO), and Benoy Joseph (CFO) at the helm, the Riafy team has unlocked numerous incredible milestones in just over 8 years. Riafy has previously partnered with Google, Apple, Siemens, and Sony. Riafy was the first Indian developer to be featured at Google I/O consecutively for five years from 2015.