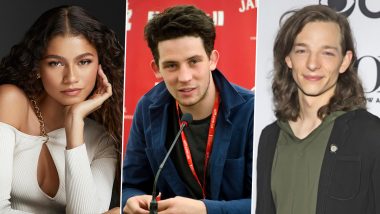 The film centres on the competitive world of pro tennis, in which player-turned-coach Tashi (Zendaya) has transformed her husband Art (Faist) into a Grand Slam champion. After a losing streak, Tashi enters him into a 'Challenger' event -- the lowest pro tournament level -- where he must face off against Patrick (O'Connor), Tashi's former boyfriend and his former best friend.Production on 'Challengers' is slated to begin in the spring on the East Coast.

O'Connor, who is also an Emmy winner for his role as young Prince Charles in 'The Crown', is next set to star in romance 'The History of Sound' alongside 'Normal People' actor Paul Mescal. Following his breakout role as Riff in 'West Side Story', Faist will next be seen in 'Pinball: The Man Who Saved the Game' from Austin and Meredith Bragg.