Entertainment News | Animated Film 'Vivo' to Be Released on August 6

Musically animated film 'Vivo' is scheduled to release on Netflix on August 6. 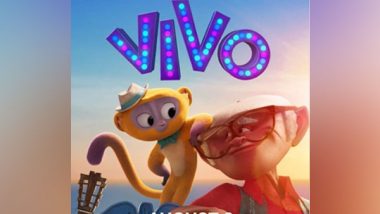 'Vivo' revolves around kinkajou (aka a rainforest 'honey bear', voiced by Miranda), who spends his days playing music to the crowds in a lively square with his beloved owner Andres.

It is directed by Oscar nominee Kirk DeMicco, co-directed by Brandon Jeffords and written by Quiara Alegria Hudes.