Get latest articles and stories on Health at LatestLY. According to a new study, a group of researchers discovered that surgery can be avoided in children with a rare tumor case of the skull. 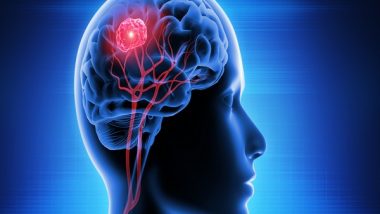 Washington [US], June 30 (ANI): According to a new study, a group of researchers discovered that surgery can be avoided in children with a rare tumor case of the skull.

The findings of the study were published in New England Journal of Medicine.

Langerhans-cell histiocytosis (LCH) is a group of disorders in which immune cells called Langerhans cells overproliferate and cause tissue damage or lesions. When this affects the skull in an isolated way, also known as solitary eosinophilic granuloma, children present with a painful skull mass. These tumors or masses do not represent cancer but usually are managed by neurosurgeons. Historically, these masses have been treated with surgical excision and reconstruction of that part of the skull. Because some retrospective case studies have shown that these lesions may resolve without surgery, a multicenter prospective study was launched. The results showed a spontaneous resolution of the lesions in 88 percent of the observed patients and were published June 30 in a letter to the editor to the New England Journal of Medicine.

The investigators enrolled 28 children with LCH at eight medical centers in the study between September 2012 and January 2020. As a precaution, the team agreed that surgery would be offered to patients in this group if their lesions grew rapidly or for more than two months, didn't shrink within three months, or caused pain. Seventeen of the patients and their parents chose to participate in the observation-only group of the study, while 11 opted for surgical or other interventions. Within two months, all 17 in the observation-only group had their lesions shrink or disappear. By one year, the lesions in 15 out of 17 patients were completely gone, the authors reported.

Ten of the 11 patients who opted for treatment underwent surgery to remove their lesion, two received chemotherapy to help shrink the lesion, one received a glucocorticoid injection in the lesion, and six underwent a second surgery to repair the skull defect from the mass or surgery. The parents of one child who started in the observation group changed their mind and opted for surgery after their child's lesion had shrunk but not completely disappeared after about two months, the authors wrote.

This first-ever prospective study supports a nonsurgical approach for isolated LCH skull lesions. This approach has the advantage of avoiding surgery and any associated risks with removal. (ANI)