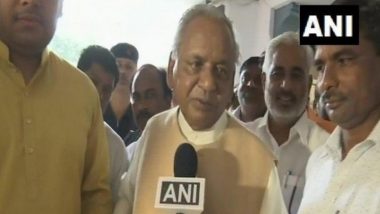 Lucknow, July 13: Senior BJP leader and former Uttar Pradesh chief minister Kalyan Singh on Monday blamed the then Congress government at the Centre for levelling "false and baseless allegations" against him in the Babri mosque demolition case and said he was "innocent".

"The then Congress government at the Centre levelled false and baseless allegations against me and filed a case out of political animosity," he told reporters after appearing before a CBI special court here in connection with the 1992 Babri Masjid demolition case. The 88-year-old leader said, "As a UP chief minister, I and my government ensured adequate three-tier security of the disputed structure in Ayodhya.”

Singh, during whose tenure the demolition took place, was assisted by two persons as he walked out of the court after over three-hour-long questioning.

"I was falsely implicated, I am innocent," he asserted as he left the court premises.