In a communication to Dr V K Paul, the convenor of a key empowered group on Covid vaccination, on Tuesday, the Ministry of External Affairs said many issues about vaccines and international travel by Indians have arisen and these must be addressed immediately. 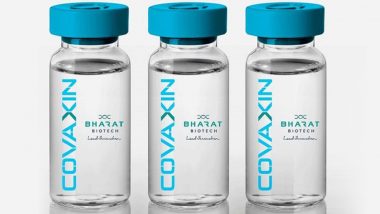 New Delhi, April 28: Weeks after WHO suspended the supply of Covaxin through UN procurement agencies, the MEA suggested that vaccine-maker Bharat Biotech addresses the issue immediately to avoid cancellation of the world health body's emergency use approval for the jab in the future.

In a communication to Dr V K Paul, the convenor of a key empowered group on Covid vaccination, on Tuesday, the Ministry of External Affairs said many issues about vaccines and international travel by Indians have arisen and these must be addressed immediately.

"The issues pertain to m-RNA based booster dose requirement by countries which, in effect, negates our effort to obtain recognition of Covishield and Covaxin, suspension of supply of Covaxin by WHO, acceptance of Corbevax and Covaxin-based vaccination certificates for children and international travel by Indians vaccinated with Sputnik-V," Foreign Secretary Harsh Vardhan Shringla said.

In his communication, Shringla said following an inspection of the Bharat Biotech premises on March 14 for Covaxin's emergency use listing (EUL), WHO has announced the suspension of the vaccine's supply through UN procurement agencies owing to deficiencies in good manufacturing practices. Although WHO maintained that the vaccine is effective and there is no safety concern, it has recommended that countries using the vaccine take action as appropriate. COVID-19 in India: Bharat Biotech's 'Covaxin' Gets Emergency Use Authorisation for Children Between 6-12 Years.

"This situation further complicates the acceptance of Covaxin-based Indian vaccination certificates by other countries, especially by European Union member states such as Germany and France," the communication said.

It stated that a proper response or policy from the government needs to be formulated on the issue and on further pursuance of recognition of Covaxin and Covaxin-based certificates by other countries.

"Bharat Biotech must address the matter immediately through DCGI and WHO and avoid any situation that may lead to cancellation of WHO's EUL for Covaxin in future," Shringla said, requesting that a meeting of the empowered group-five be convened to address the issues.

In the communication, he also mentioned some authorities abroad, such as in Hong Kong, have begun demanding vaccination certificates for children and only accept m-RNA based jabs for them. It is necessary to quickly initiate the process of recognition of the Corbevax vaccine and its certificate by other countries while Biological E continues to pursue WHO's EUL for it, Shringla said.

He also highlighted that the recent development pertaining to Covaxin further complicates the matter and is detrimental to the acceptance of Covaxin-based vaccination certificates for children by other countries.

As for Sputnik V, the foreign secretary pointed out that those who have taken the vaccine are unable to international travel abroad as most countries do not accept Sputnik V which does not have WHO's emergency use listing.