After receiving complaints from people experiencing breathing problems in Jammu and Kashmir's Arambagh village in Ganderbal district, a team of Central Reserve Police Force (CRPF) organised a medical camp there. 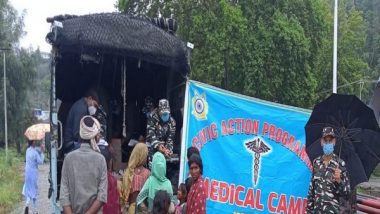 The problem was reported due to the burning of garbage in the area, acting on which, 118 BN, CRPF set up a camp.

A quick medical assistance, in response to an SOS call, turned out to be a full-fledged medical camp and that drew very good response from locals even amid rains.

The initiative was received well and lauded by the locals. Around 50 needly patients got medicines and doctors' consultations at Arambagh village. (ANI)