The National Green Tribunal has directed concerned authorities in Tamil Nadu to carry out a study in regard to the potential for accidental, occupational and environmental hazards in connection with accidents related to firecracker factory. 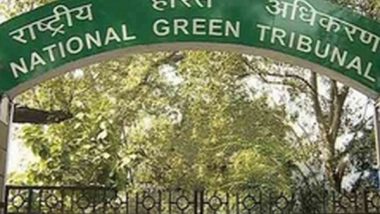 New Delhi [India], June 19 (ANI): The National Green Tribunal has directed concerned authorities in Tamil Nadu to carry out a study in regard to the potential for accidental, occupational and environmental hazards in connection with accidents related to firecracker factory.

The NGT said that the Committee may take the assistance of any other experts or individual.

The NGT order came after observing a report filed by an eight-member committee to ascertain the cause of the incident in the Virudhunagar firecracker factory blast, the extent of damage and the remedial measures required.

The Committee has suggested measures in a tabular form indicating the authorities who have to adopt such measures. "We are in broad agreement with the said suggestions, "the NGT said.

"There is need for a review of the matter at the highest level in the State to consider the remedial steps. Hazardous activities need to regulate in terms of quantity of material to be used in the process of hazardous activities, a number of persons to be allowed to work and safeguards to be followed and monitoring compliance of such safeguards," the NGT said.

The NGT was hearing a matter relating to the Virudhunagar firecracker factory blast incident in February in which at least 19 people dead and 30 injured.

The NGT said that there is a need for a study of the carrying capacity of the area to sustain the extent of such activities having regard to the potential for accidental, occupational and environmental hazards.

"The study may include a number of units to be allowed, size of operation of such units, the quantity of material to be used, siting criteria for the location of the units, arrangement for fire management and health services," the NGT said.

"Let such study be conducted by the Director of Industrial Safety in coordination with the State PCB and CPCB within three months and report submitted to the Chief Secretary, Tamil Nadu for further action. The Committee may take the assistance of any other experts/individual," the NGT said.

"Further, there is a need for review at the highest level in the State," the NGT said, directing the Chief Secretary, Tamil Nadu to hold a meeting with all the concerned stakeholders, as identified by the Committee within one month.

After necessary deliberations, appropriate remedial measures be identified to avoid the recurrence of such incidents in future. The same may be implemented through the District Magistrate or any other appropriate authority as per law, which may be overseen by the Chief Secretary, the NGT said adding the State PCB may incorporate appropriate conditions in consents including prohibiting the use of banned chemicals, compliance of 1989 and 1996 Rules.

The NGT also directed that the compensation assessed has to be paid by the State of Tamil Nadu through the District Magistrate, Virudhunagar. (ANI)