Karnataka police on Saturday ordered a departmental inquiry into a Dalit man's allegations that he was forced to drink urine in custody in Chikkamagaluru district. 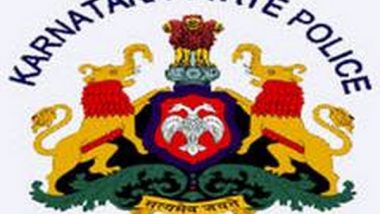 Chikkamagaluru (Karnataka) [India], May 23 (ANI): Karnataka police on Saturday ordered a departmental inquiry into a Dalit man's allegations that he was forced to drink urine in custody in Chikkamagaluru district.

The incident took place on May 10 at Gonibeedu police station in Mudigere taluk of the district. The inquiry was ordered after the man named Puneet lodged a complaint with the Chikkamagaluru superintendent of police (SP).

In his complaint, Puneet alleged that police made him drink urine during interrogation inside a police station.

Now Puneet has written to Karnataka DGP Praveen Sood seeking justice in this matter and demanded action against the cops including the inspector who used abusive language.

"I was taken to the police station and beaten up. My hands and legs were tied. I was thirsty and asked for water; else, I would have died. The cops made a man urinate on me and said I would have to lick the urine from the floor if I want to get out. I did it and came out," said Puneet.

"The cops also abused my Dalit community while beating me up in the police station. They treated me too badly for the allegation made against me which are false. I myself called police to get protection from villagers, but police behaved brutally against me, " Puneet alleged.

Chikkamagaluru SP Akshay M Hakay said that based on the man's complaint, a case has been registered against the sub-inspector.