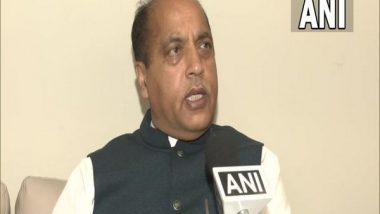 He said that Prime Minister Narendra Modi had always accorded priority to the developmental needs of the state and added that Bulk Drug Pharma Park would ensure retention of pharma formulation units in the State besides creating long-term local employment opportunities.

The Union Minister assured the Chief Minister of all possible support to the state for speedy completion of all formalities for setting up the Bulk Drug Pharma Park.

The Union Cabinet authorized the bulk drug park plan on March 21, 2020, and subsequently, guidelines were issued on July 21, 2020, wherein evaluation criteria were prescribed for submitting the proposal.

As per the regulations, the Department of Pharmaceuticals (DoP), Government of India, was required to contribute 90 per cent of the project's costs, up to a maximum of Rs 1000 crore. The state government began searching for the necessary land parcel during the Corona period and ultimately chose a 1,405-acre parcel near Polian, Tibbin, Malluwal Tehsil Haroli, district Una.

He stated that the expected investment in the park is between Rs 8000 and Rs 10,000 crore, with an estimated project cost of Rs 1200 crore, of which the Central government will fund the development of common infrastructural facilities with Rs 1000 crore.

As a matter of fact, there are over 600 pharmaceutical formulation facilities in Himachal Pradesh, and the state's yearly need for bulk drugs ranges between 30,000 and 35,000 crores.

Now that the bulk medicine demand for the entire state would be cost-effectively satisfied from this park, it would increase the output and operational effectiveness of the pharma formulation facilities. (ANI)