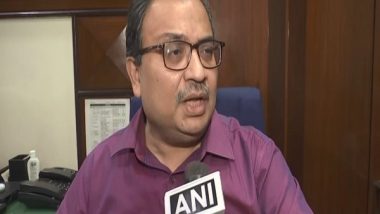 TMC spokesperson said the BJP which can't complete a single tenure as chief minister post in Tripura, can't rule the state in the interests of the people.

Further, he expressed his confidence and said TMC will form a government in Tripura next year when the state Assembly election is held in 2023.

"The BJP can't complete a single tenure as chief minister in the state. How can they rule the state in favour of the people? We are ready for the Tripura Assembly election that will be held in 2023 and to fight against the BJP. The TMC will form a government next year," Ghosh said.

Meanwhile, Union Minister and BJP central observer Bhupender Yadav, after Deb resigned as the Chief Minister, said, "A meeting of the legislative party will be held at 8 pm. The new leader will be elected."

Biplab Kumar Deb had taken oath as the first Chief Minister of Bharatiya Janata Party in the state in 2018 ending the 25-year-rule of the Communist Party of India in Tripura.

Sources said that the BJP wanted to go with a fresh face in the assembly polls and Biplab Dev would be engaged In organisational work.

Sources said BJP leaders Bhupender Yadav and Vinod Tawde are in Tripura as the central observers and the decision on a new leader to replace Deb is likely to be announced in the evening. (ANI)