Get latest articles and stories on Tech at LatestLY. A new Realme device believed to be the Realme 9 Pro passed TUV certification with a 5,000 mAh battery. 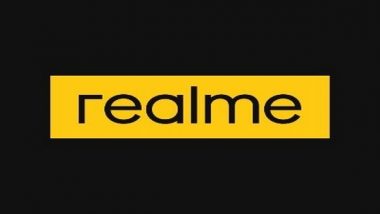 Washington [US], January 7 (ANI): A new Realme device believed to be the Realme 9 Pro passed TUV certification with a 5,000 mAh battery.

According to GSM Arena, the phone bears the RMX3472 model number which is the same identifier that the device passed through Indonesia's SDPPI and TKDN, Thailand's NBTC, and Russia's EEC.

There is no word on the actual charging speeds but one can expect at least 50W which was the figure seen on the Realme 8 Pro.

Meanwhile, Realme 9 Pro is expected to pack a Dimensity 810 chipset while the Pro+ model should bring a Dimensity 920 chip while the third model in the series - Realme 9i should come with a Snapdragon 680 chipset.

Realm 9 Pro will reportedly bring a 50MP main cam alongside a 2MP depth cam and a 2MP macro cam. It's expected the Realme 9 series will launch later this month, as per GSM Arena. (ANI)