This is the first-time China has banned top US politicians in its retaliation to US sanctions and visa bans on Chinese officials from Xinjiang, Tibet and over the new national security law in Hong Kong. 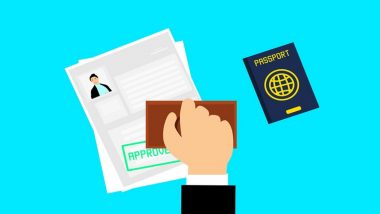 Foreign Ministry spokesperson Hua Chunying told the media here that the behaviour of the US officials and politicians, and visa ban on some Chinese officials from Uyghur Muslim dominated Xinjiang province "severely damaged China-US relations," and should be condemned. US Announces New Visa Restrictions on China Over Access to Tibet; Beijing Vows to Retaliate.

Hua made the comments in response to US sanctions and visa restrictions on three senior officials of the ruling Chinese Communist Party from Xinjiang for alleged human rights abuses targeting Muslim Uyghurs.

China has decided to impose sanctions starting from Monday against US Congressional-Executive Commission on China (CECC), US Ambassador at Large for International Religious Freedom Samuel Brownback, Congressman Chris Smith and top US senators Marco Rubio and Ted Cruz.

The CECC is headed by Rubio, a vocal critic of China. The three are members of US President Donald Trump's Republican Party. Announcing the ban on US officials, Hua reiterated “Xinjiang is entirely the internal affair of China, and the US has no right to interfere. The Chinese government's determination to protect its sovereignty, and crackdown against terrorism, separatism and extreme religious forces is unshakeable.”

Hua said the sanctions would take effect on Monday but provided no further details on the measures or what they might entail. Washington's sanctions against Chinese officials include the freezing of all US assets and a block preventing American nationals from conducting business with them.

This is the first-time China has banned top US politicians in its retaliation to US sanctions and visa bans on Chinese officials from Xinjiang, Tibet and over the new national security law in Hong Kong.

Beijing's move comes days after the US on Thursday slapped sanctions on some Chinese officials in-charge of Xinjiang Uygur autonomous region who were “believed to be responsible for, or complicit in, the unjust detention or abuse of Uygurs, ethnic ­Kazakhs and members of other minority groups in Xinjiang”.

China has been saying it would retaliate with similar bans on US officials with “egregious behaviours.” Secretary of State Mike Pompeo while announcing sanctions on Chinese officials in Xinjiang on Thursday said "the United States is taking action against the horrific and systematic abuses in Xinjiang and calls on all nations who share our concerns about the CCP's attacks on human rights and fundamental freedoms to join us in condemning this behaviour”.

In recent years, China has faced severe criticism from western countries over persistent reports of mass detention of Uighurs and other minorities in Xinjiang. US Imposes Sanctions and Visa Restrictions on 3 Chinese Officials for Human Rights Violations in Xinjiang Province.

The US State Department estimates that since 2015 as many as two million Uyghurs and other Turkic minorities have been imprisoned in massive re-education camps in Xinjiang, as part of a crackdown by Beijing.