Get latest articles and stories on World at LatestLY. The United Kingdom's All-Party Parliamentary Group (APPG) for Pakistani Minorities has severely criticized the role of Islamabad in a steadily deteriorating human rights situation of minorities in the country. 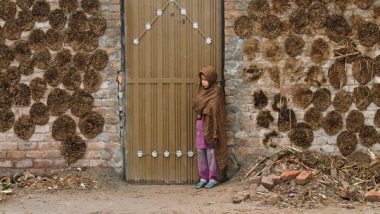 London [UK], November 30 (ANI): The United Kingdom's All-Party Parliamentary Group (APPG) for Pakistani Minorities has severely criticized the role of Islamabad in a steadily deteriorating human rights situation of minorities in the country.

A 67-page report, which called the human rights situation in Pakistan a national and international tragedy, highlighted all forms of atrocities that the minorities of Pakistan were being subjected to on an everyday basis.

It said that even after over seventy years of independence, abductions of minority girls, their forced conversions and subsequent marriages was a widespread phenomenon in Pakistan.

And calling them a heartrending issue, the report noted that successive governments in Pakistan had failed to take any effective action to prevent this tragic and inhuman practice.

Based on the written submissions and the oral evidence presented before an Inquiry conducted by the APPG, it was confirmed that Hindu and Christian communities were specifically being targeted by Islamic fundamentalists.

The inquiry revealed that the issue of abductions, forced conversions, and forced marriages of religious minority women and girls is a serious issue for the vulnerable and marginalised Hindu and Christian communities in Pakistan.

The report read "Provisional estimates in a study 'Forced Marriages and Forced Conversions in the Christian Community of Pakistan' suggest that up to 1,000 religious minority women and girls face this fate every year."

"However, the true numbers may never be ascertained. All these cases meet with impunity. Usually, after the abduction, the victim's relatives plead with the local police to file a First Information Report."

The report also said that police had more often than not dragged their feet in such cases and instead of apprehending the criminals, handed conversion certificates to the parents saying they had changed their religion voluntarily.

"In court, the issue is often portrayed as a religious issue and the perpetrators' lawyers appeal to the religious sentiments of judges, by suggesting that the girls have voluntarily converted to Islam. In the majority of these cases, the decisions will go in favour of the perpetrators and the girls lose all contact with their families," the report read.

The report further stated the reasons behind a steady spike in such cases in specific Pakistani areas.

"One reason why this practice is flourishing in the Sindh and Punjab provinces is because of the many actors playing their part in keeping the practice alive. For example, the clerics play a key role in the conversion process and marry the victims and the perpetrators within a short time after. In the volatile politics of Pakistan any efforts to apprehend any religious leader can be construed as an attack on Islam. For this reason, such practices of the clerics are tolerated by government officials and politicians, as confrontation could bring about further conflict amongst the wider public," it read.

The report urged the UK government to raise the issue at bilateral engagements too in order to help those who have been the subject of brutality for decades.

While calling out the Pakistan government's failure at addressing the issue and the provincial government's apathetic attitude towards minorities, the APPG urged the UK government to intervene in order to protect minority women from the vicious cycle of illiteracy, poverty and early marriages.

It is pertinent to note that the state machinery has been found complicit at some level or the other in many cases of harassment, exploitation and outright brutality against the minorities.

Also, there are numerous cases of the state brazenly defending those who have been involved in heinous crimes against minorities and going after the victims. And it is because of such a state of affairs in Pakistan that a number of experts around the world have said that Pakistan is the most unsafe country for women under the sun. (ANI)