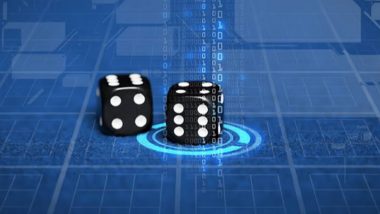 The global online betting and gambling market projected to grow at a CAGR of 8.77% during the forecast period of 2019-2025.

Online betting is the fastest-growing segment during the forecast period. Artificial intelligence, Chabot, and machine learning have taken over the market.

Online gambling companies such as CasinoLand.network, likely to expand their sport betting options after sports betting was legalized in the United States by the Supreme Court, in 2018, further supporting the market's growth. However, they are entirely decentralized, which made the community gain significant confidence in them.

CasinoLand.network has a 100% Blockchain-based Testnet and decentralized, in which players can connect metamask (play with Ethereum) and play. They are basically a Tech provider which offers to build a true decentralized platform for Online Casinos. Their technology allows us to create pvp games, where players actually compete with each other.

Many blockchain based casinos claimed to be decentralized but in fact, players are playing by the House's rules. In a game (Dice), when a player loses the bet, he loses that money to another player, and CasinoLand will take 2% fee from the transaction.

Bitcoin and generally cryptocurrencies have been the primary "talk in the town" of the financial world over the past few years. With its growth and decreases in value, this cryptocurrency made some significant changes in the way we look crypto and physical currencies. Bitcoin became relevant to the gambling industry, being one of the most commonly used cryptocurrency at some of the best decentralized gambling sites. But, let's see how could the whole blockchain situation influence the casino industry.

Empowering the game with Defi

While talking about the growth of online betting and casinos, the blockchain's influence is of great importance. It is not about using new and innovative technology, but bringing complete transparency in the overall system.

Due to an open and decentralized ledger, the security concerns are minimized, hence using blockchain for the online gaming business, for trustworthy, transparent, and completely safe virtual money transactions.

Especially considering the level of security. That is why using blockchain for the online gaming business, for trustworthy, transparent, and completely safe virtual money transactions.

To make things simple, the casino users will be able to make transactions using their preferred cryptocurrencies - at least at the casinos offering payment via these currencies. Apart from being safe, these transactions are often characterized by deficient fees, which is beneficial for active gamblers.

Breaking the Barrier of $10B

dApps are becoming easier to build and simpler to use, with well over 1,600 active titles now available to a community of 100,000 daily users. Despite the economic downturn that has touched everything in 2020, Defi apps had a combined volume of over $11 billion in the first three months of the year, up by over 50% since Q4 of 2019. What's more, the total volume within DEXs has surpassed the $2 billion mark for the first time. Still, none other caution has been sounded by Vitalik Buterin, who warned against emphasizing "flashy Defi things that give you fancy high-interest rates."

Industry heavyweights TRON and Ethereum continue to slug it out for market dominance. While the former remains the most effective blockchain as measured by daily active dApp users, Ethereum is the most popular choice for developers – as evidenced by the fact that half of the functioning dApps are based on the smart contract platform. There are many good reasons for this: Ethereum's powerful network effects and 51% attack resistance to its busy community of programmers, engineers, and developers. The preponderance of Layer 2 scaling solutions, from Plasma to Matic, doesn't hurt either.

Defi is the future of the casino industry.

By using blockchain in the gambling industry, many of the contemporary casino issues could be solved. In terms of user experience, there could be many benefits for casinos willing to use this technology. Some of the targeted areas that could improve using blockchain in the casino industry are financial transactions, game transparency, and fraud rate.

It is uncertain when and if the blockchain technology could become widespread in the casino business. But, it is undoubtedly one of the best moves gambling companies could make. Let's wait and see whether the influence of the blockchain on the gambling industry could cause some significant changes.