Koushik Das is a young entrepreneur and inspirer to several young minds all across the world. He’s the live example for people who think that life is all about 9 to 6 job. His story is sort of inspiring to those who visualize themselves in the field of Entrepreneurship and dream to be self reliant in life. 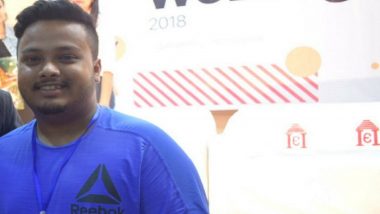 The journey of a company from zero to top in the ladder starts with an idea, idea to be successful, no matter what. The cumulative efforts of the team and managing members in company lead to the success of a company. A minor disruption in this status quo can be harmful for the company and can lead to downfall. A CEO of a company plays an important role in the success of the company as he was there when his company was in the initial phase and he will be there where other will come and go. No matter what, he cannot leave the steering of his ship. Koushik Das is one such CEO of Living Pixel Design, a web development company. He has seen numerous ups and downs while making his company as well as himself established. The journey was tough but his dedication and passion towards his work helped him garner success.

Living Pixel Design was founded by Koushik Das in early 2017. The company revolves around web Development projects and has successfully helped clients to meet requirements like Digital Marketing, Branding, Web Development Services, Mobile App Development, SEO, Content Writing, and many more. He and his team of brilliant minds have successfully worked on various projects and have submitted the same in a timely manner. Koushik Das was 18 years of age when he started investing capital in his own venture. He was an engineering student back then but he started visualizing things differently. He realised that it is quite beneficial if he started his own venture where he is the king of his own world and less cared about the conventional way of living. He was not at all interested to spend his life doing 9 to 5 job, rather he was more focused on giving his 100% in generating a company of his own.

To date, Living Pixel Design which is founded by Koushik and is the current CEO, has garnered huge number of projects and successfully delivered them with ease. Koushik Das is from Agartala, Tripura. He was new in the initial days of his start up b but now he makes a profit of 7 figures till date and shortly it'll cross 8 figures by the end of 2021. This is, what he has predicted due to the continued trend of his company.

Koushik Das has always helped people in need and has given work to those that were unable to seek out work. He showed them alternative ways, techniques, and paths to earn a trendy income. He had donated to numerous numbers of NGOs also. Within the difficult time of COVID-19 also he didn’t stop and has distributed relief materials to many needy people across India.

Apart from being an Entrepreneur, he's also a hardcore motorcyclist and wanderlust. His Insta handle and YouTube channel says it all where he has database of all his existing rides. He had travelled across different parts of India on his motorcycle on a numerous occasions. His favourite places so far remain the Spiti valley. While travelling, he has promoted various causes by distributing pamphlets during his pit stops, wearing badges and stickers on his riding vest.

Koushik Das is a young entrepreneur and inspirer to several young minds all across the world. He’s the live example for people who think that life is all about 9 to 6 job. His story is sort of inspiring to those who visualize themselves in the field of Entrepreneurship and dream to be self reliant in life.