California-based cybersecurity firm’s CEO Nikesh Arora was in a car accident owing to the wintry weather conditions in the U.S. However, Arora tweeted out that he survived the accident thanks to his Tesla car, a Model X. 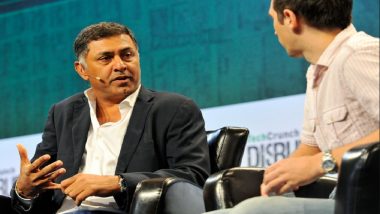 California-based cyber-security firm chief Nikesh Arora was in a car accident owing to the wintry weather conditions in the U.S. However, Arora tweeted out that he survived the accident thanks to his Tesla car, a Model X.

The Palo Alto CEO tweeted out to Tesla CEO Elon Musk saying though his car was in pretty bad shape and he is bidding it goodbye, his car performed much better as compared to any other car in the given icy road conditions.

Arora soon received a reply back from none other than Tesla founder Elon Musk, saying he is “glad that Arora is ok” after the accident.

Not a hair out of place. Would (not) want it to happen to anyone but if it does, the Tesla handled it better than anything and the team called me before I could, to offer help. Grateful. https://t.co/ndF524uNhs

Arora also mentioned the fact the Tesla team had been pro-active in calling him almost as soon as the car was involved in the crash.

Musk has repeatedly highlighted that safety is his top focus when creating the Tesla cars despite the negative publicity surrounding the autopilot feature. Tesla claims there is one fatality, including known pedestrian fatalities, every 320 million miles in vehicles equipped with its Autopilot hardware.

After safety, our goal is to make a Tesla the most fun you could possibly have in a car

From Arora’s tweets it is apparent that Tesla’s Model X deserves every point in the safety feature department that it has been given. In 2017, Tesla’s Model X officially became the highest safety rated SUV (by a significant margin) with 5-star rating in every safety category by the US National Highway Transportation Safety Administration.

Tesla says on its website that due to the Model X’s design, structure of the vehicle and extremely low center of gravity, in the event of a serious crash, Model X occupants have an overall 93% probability of walking away without a serious injury.

Nikesh Arora’s experience certainly seems to point that Tesla’s claims hold true. Arora is a big name in US tech circles and he joined Palo Alto earlier this year after stints with other international firms such as Google and SoftBank. As CEO of Palo Alto he received a joining offer worth about $128 million, reportedly making him one of the highest-paid US executives. He is an IIT-Banaras (BHU) alumni.

(The above story first appeared on LatestLY on Dec 03, 2018 04:33 AM IST. For more news and updates on politics, world, sports, entertainment and lifestyle, log on to our website latestly.com).